In the Key of Code 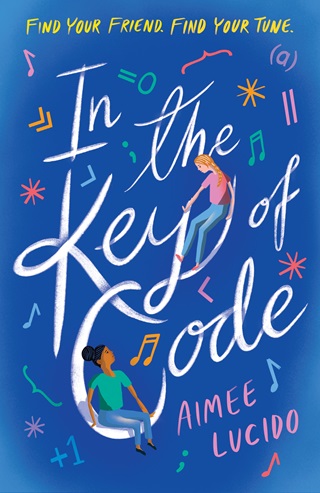 When twelve-year-old Emmy’s musical family moves to California so her dad can take a job with the San Francisco Symphony Orchestra, Emmy has never felt more out of tune. But when she ends up in a computer science club, she finds that she can understand code through a language she is familiar with: music. Slowly, Emmy makes friends with Abigail and the two girls start to discover their voices through the programming language of Java.

Extraordinarily crafted, the novel begins to incorporate Java’s syntax and concepts as Emmy, and ultimately the reader, learns to think in code. By the end, Emmy doesn't feel like a wrong note, but like a musician in the world's most beautiful symphony.

Chair of the judging panel Professor Mike Kendall FRS said: “Not only does this book teach you about code, it teaches you the importance of logic and critical thinking through the ‘way’ of coding. It makes learning fun and prepares you for the future. In most aspects of science, you have to code. This book normalises it and shows you that coding is part of being immersed in science.”

Aimee Lucido is a software engineer by day, writer by night. She did her undergrad degree in computer science at Brown and her MFA in writing for children and young adults at Hamline University. She spends her nine-to-five working at Uber on the Android rider-to-driver team (splitting her time between software engineering and being a diversity & inclusion advocate), and her five-to-nine pursuing her dream of being a writer. In her free time she writes crossword puzzles and performs musical improv with her team Flash Mob Musical. She lives in San Francisco.