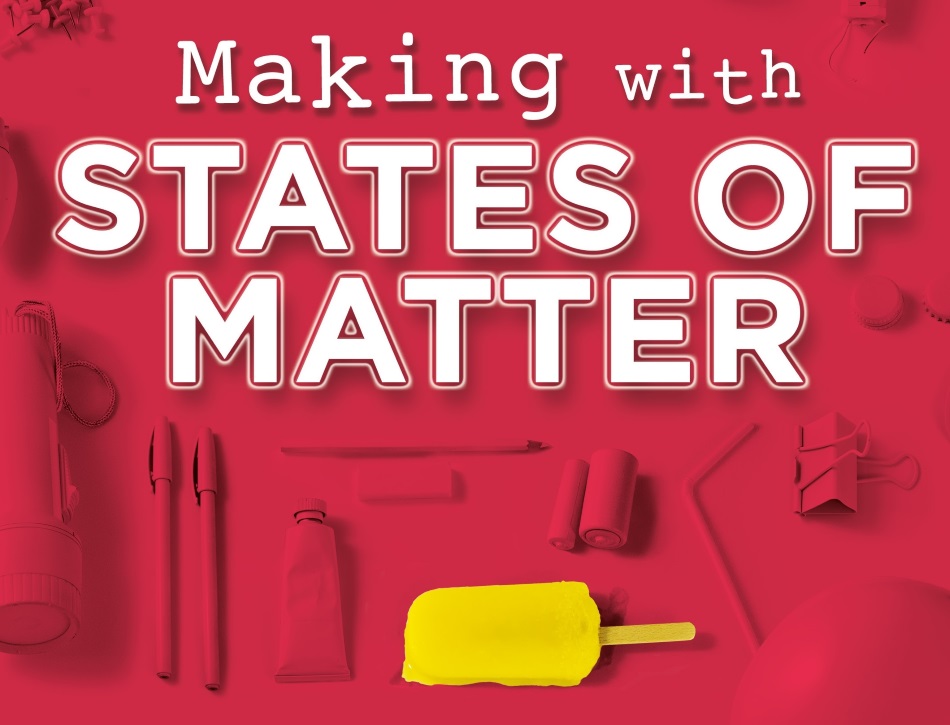 Be a science maker by experimenting, tinkering and building to discover the wonders of science! Learn all about states of matter by following in the footsteps of famous scientists, artists and inventors.

Each title in this series contains ten 'makes', prompted by featured profiles of great scientists, artists and engineers. Children will learn about and create the experiments and builds that have led to world-changing discoveries, amazing machines and inspiring artworks. Perfect for KS2 science and technology classes aged 9 and up.

Chair of the judges, Professor Sheila Rowan FRS, said: “What is special with Making with States of Matter is the way it uses activities such as art, crafts and cooking to draw young people into science. It takes a very creative and practical approach to its subject, and presents it in new and unexpected ways, really bringing it to life.”

Anna Claybourne has written over 150 children's books on all kinds of subjects, from sharks, black holes and splitting the atom to how to draw, Shakespeare's life, and Greek myths and legends. She knows a lot about conservation in the rain forests of Costa Rica as she once volunteered there for three months. She likes space, sewing and music, plays the trombone and loves going camping.