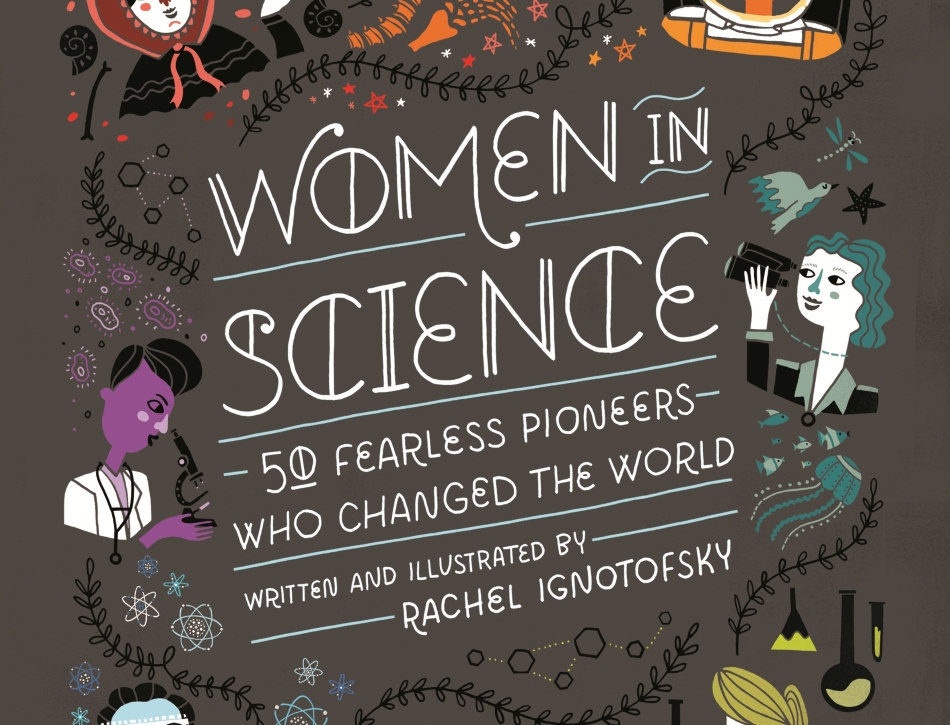 A gloriously illustrated celebration of trailblazing women. Women in Science highlights the contributions of 50 notable women to the STEM fields of science, technology, engineering and mathematics, from both the ancient and modern worlds. The book also contains fascinating infographics and an illustrated scientific glossary.

The extraordinary women profiled include well-known figures like the physicist and chemist Marie Curie, as well as lesser-known pioneers such as Katherine Johnson, the African-American mathematician who calculated the trajectory of the Apollo 11 mission to the moon.

Women in Science celebrates the achievements of the intrepid women who have paved the way for the next generation of female engineers, biologists, mathematicians, doctors, astronauts, physicists and beyond...

Judge Alison Price, Head of Science said: “Rachel Ignotofsky celebrates the accomplishments of 50 women scientists, some well-known and others who were equally great, but who did not get the recognition they deserved. With two pages devoted to each woman from across all eras and scientific disciplines, this is a treasury of fascinating information, beautifully illustrated and each woman’s accomplishments summarized in an informative poster format. A book which will inspire future generations of women scientists, the secret to success remains the same, ‘creativity, persistence and a love of discovery were the greatest tools these women had.”

Rachel Ignotofsky is a New York Times bestselling author and illustrator who is proud to share stories of amazing women with the world. She grew up in New Jersey, USA on a healthy diet of cartoons and dessert before graduating with honours from the Tyler School of Art's graphic design programme in 2011. Now Rachel lives in beautiful Missouri, USA, where she spends all day drawing and learning as much as she can. She has a passion for taking dense information and making it fun and accessible, and is dedicated to creating educational works of art.