Beyond the battery: jump-starting African innovation in solar energy storage

Renewable energy has the potential to power rural Africa. This will not, however, look the way it does in a country like the UK, where providing consistent electricity from the sun and wind relies on more than a billion watts of battery storage. More appropriate, lower-cost systems are needed in Africa to achieve the same goal of storing power until it is needed. The research consortium “Solar treatment of biomass for power generation using carbon slurries in hybrid renewable energy systems” (ACERA), supported by the Royal Society-FCDO Africa Capacity Building Initiative, has taken on this goal. They have built engagement and capacity in three sub-Saharan countries by showing that African innovation can bring renewable energy just about anywhere. 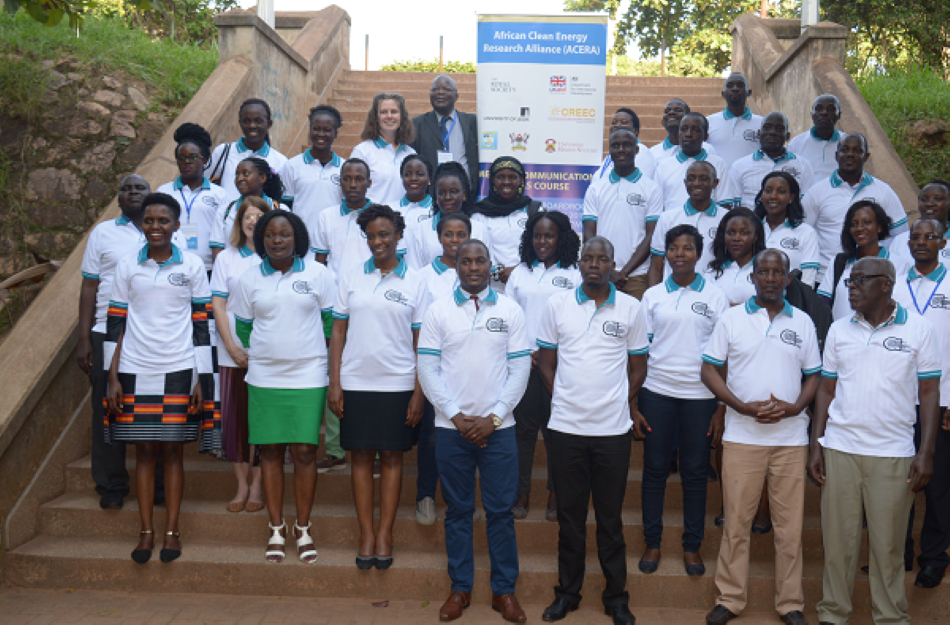 Modern energy sustains economic growth and livelihoods in Africa. Renewable energy microgrids are well suited to the job of powering remote communities with minimal cost and carbon footprint, but something has been missing from the mix: an equally suitable way of storing power.

ACERA aims to support universal energy ambitions using two readily available sources, solar energy and plant biomass. Consortium members have researched ways of harnessing the sun’s energy to turn wood, agricultural waste and algae into fuel (the “carbon slurry” of the consortium’s title) that can power ordinary diesel generators. Because the biomass is pyrolysed, or turned into charcoal, with solar energy, and the energy invested is recaptured in the generator, the fuel acts like a battery for power from the sun.

The ACERA project was designed around capacity building, and has put the research agenda in the hands of African universities and PhD students. Researchers and practitioners are working together on the early stages of a wholly new storage technology. They are evaluating biomass sources, with respect for the economic, social and environmental roles of plant species; testing solar production of carbon slurry; and modelling hybrid microgrids for African villages.

“Most of the time when research projects end, people have the notion that the work is just in the lab and when it comes to application people cannot relate. We are trying to bridge that gap; we’re not just targeting businesspeople, but even the end users. Because the work we have done over these years is not just paperwork, it resonates with real lives.” – Flavia Ajambo, Public Relations Officer, CREEC

Stakeholder engagement from the start

ACERA engaged with more than 200 investors and entrepreneurs to ensure that the consortium worked towards the right technologies for uptake. This large number hints at how active the renewable energy field is in Africa, and the strength of interest in innovation. ACERA’s strategic approach has been to identify this diverse field of stakeholders, engage them in training, and then continue to work closely with those that proved to be most aligned with the vision of energy storage for rural microgrids.

In Tanzania, three industry partners were selected who install hybrid renewable energy systems in rural communities. All three had a history of collaboration and hosting student interns from Dar es Salaam Institute of Technology, making for easy engagement. Throughout the project they have provided insights on the skills required to set up microgrid solutions while the consortium has helped revise their training curricula.

Partners in Uganda included the country’s Solar Energy Association, Wind Power Association, National Meteorological Authority, National Clean Cooking Alliance and the East African Centre of Excellence for Renewable Energy and Efficiency, each providing data and knowledge in its area of expertise and working together with ACERA on policy engagement. In Republic of Congo, meanwhile, the researchers collaborated with two private farms to establish and test bio-energy production in the field.

The challenges and lessons of engagement

Engaging with stakeholders grew into a substantial effort alongside the technological development of the carbon slurry system. Yet it paid off in far-reaching connections that will be key to carrying forward the ambitious task of building a new energy storage system and achieving its uptake beyond ACERA’s conclusion. As part of this effort, ACERA created platforms for in-country experts to lead training that ranged from energy fundamentals to business management and gender equality. The consortium also organised conferences and workshops with the PhD students presenting their research components. The dissemination and training effort built so much momentum that it has developed into a massive open online course on bio-energy for the FutureLearn platform. Aiming at a large audience on an open-access platform, the course will bring key issues of sustainable energy to interested learners across the world.

One training session that proved to be especially influential was a media and communication workshop in Kampala in 2019. Among the participants were consortium members from Uganda, who were inspired to undertake a larger public outreach effort. They faced the challenge of not only introducing advanced concepts like pyrolisation and hybrid energy systems to the general public, but getting people excited about the innovation happening in their country. This has ultimately come to Ugandan television screens with the dramatic series Kampala, a joint venture between ACERA and acclaimed director Steve Ayeny. While telling a story of a young man’s experiences in the Ugandan capital, the series weaves in real energy issues and shows renewable energy research and technology in action.

ACERA has been especially committed to bringing more women into energy research – a male-dominated field in the UK and Africa alike – and to centring its understanding of rural energy on the needs of women. The videos and presentations produced by the consortium to reach out to stakeholders reflect the gender equality built into the project team from the outset, with female academics and technical staff at the forefront, providing role models for future generations of engineers. Stakeholder engagement also had to take creative approaches because gender perspectives are still not well recognised in energy circles. When the consortium produced a policy brief on the gender dimensions of rural energy, for example, they ended up framing this in the more uniting language of family, giving it the title The family case for clean energy. Energy ministries and other government bodies proved receptive to this approach. 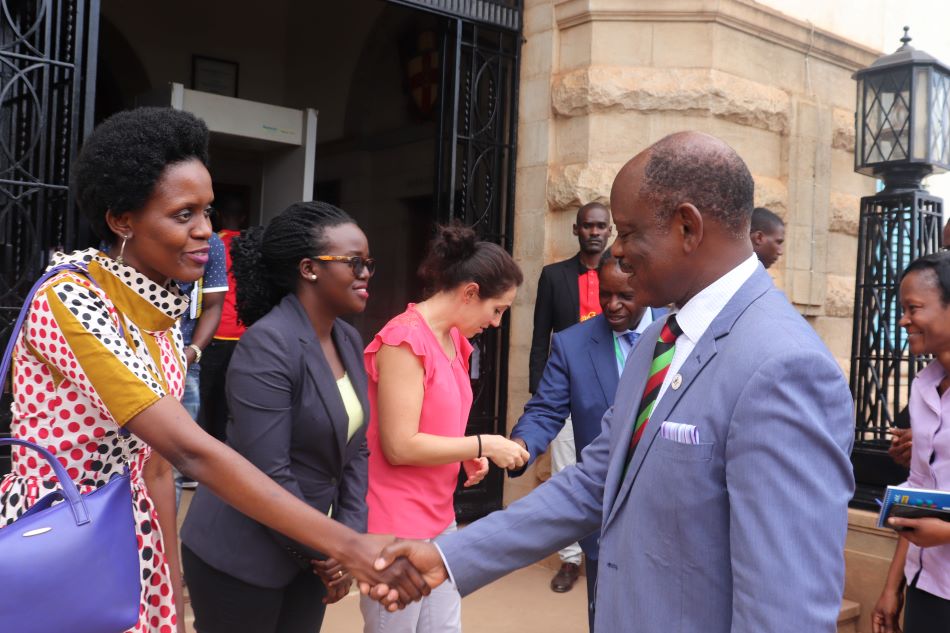 Image: Mary Suzan Abbo, the Managing Director of CREEC, shakes hands with the current Vice Chancellor of Makerere University, Prof. Barnabas Nawangwe, during the visit of the ACBI Programme Manager, Laura Doriguzzi-Bozzo. The visit facilitated discussion with stakeholders on the impact of the Royal Society funded project for both academia and stakeholders in the energy sector.

The right energy technologies for Africa will be the ones that meet the needs of the people who use them. Engagement with renewable energy users allows ACERA to learn about these needs, an example of which is when the Tanzanian team visits villages with existing microgrids to discuss their challenges and successes. In the team’s discussions with village committees, challenges come out – the demands of managing renewable systems, the lack of trained technicians and the growing energy demands of small-scale businesses.

Technologies like carbon slurry fuel are, after all, exciting; they can change how people live. Modern, sustainable energy is integral to making modern, sustainable livelihoods and ending poverty. The research agenda begun by ACERA, and being carried on by its partners, opens possibilities to achieve universal energy access and other Sustainable Development Goals. As treatment of locally available biomass brings down the cost of storing solar energy, this innovation can raise the potential of hybrid microgrids being built by stakeholders around Africa, and can make it possible for renewable energy to meet the continent’s growing demand. 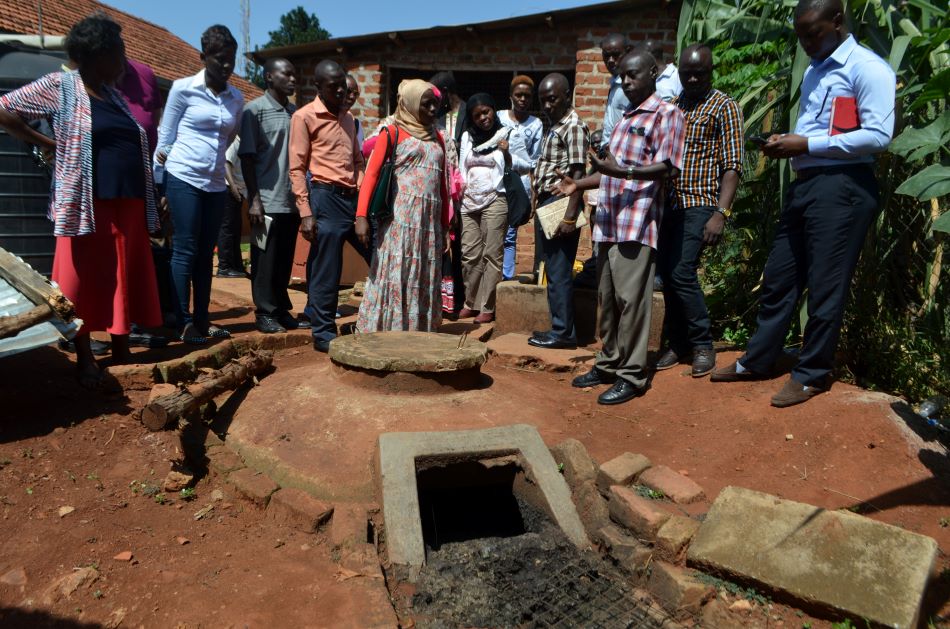 Image: Stakeholders visit a biogas plant at Sanyu babies' home in Uganda. This was part of an ACERA training on bio-energy technologies in 2017. The field visit demonstrated to the trainees the functionality of a biogas plant. The visit also enabled the operators to discuss how they have managed to maintain the plant, providing tips on how to overcome the challenges of operation.

The Africa Capacity Building Initiative is a pilot programme managed by the UK’s Foreign, Commonwealth and Development Office, the Royal Society and the Liverpool School of Tropical Medicine Centre for Capacity Research to increase the research capacity of universities and research institutes in sub-Saharan Africa.