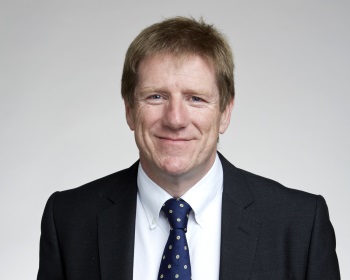 Russell Morris describes nitric oxide as a very simple gas molecule with some amazing Jekyll and Hyde properties. On the one hand, it is a pollutant gas emitted from cars that catalytic converters are designed to remove. On the other, it is a medical therapy – when carefully deployed. At the University of St Andrews, where Morris is Head of the School of Chemistry, he is working on that deployment using metal-organic frameworks (MOFs), porous materials that can safely store large quantities of the gas.

“The real key to their promise in wound healing is that they deliver nitric oxide slowly at levels that do not cause any toxic or inflammatory effects but that are still enough to show beneficial effects,” says Morris. In 2016, MOFgen, his spin-out company, received investment totalling £300,000 from Mercia Fund Management and the Scottish Investment Bank to allow it to further develop its products towards final clinical trials. The firm employs six people.

One application is a wound dressing that acts like a “crystal sponge” on hard-to-heal wounds and superbugs such as E. Coli. Another is a coating for cardiovascular devices such as stents. Nitric oxide can stop clotting inside an artery and relax the blood vessel which is helpful when a device is being inserted.

Morris came to St Andrews in 1995 and in 1998 was awarded a University Research Fellowship, followed by a Wolfson Research Merit Award in 2009. Just as he began thinking about innovation, a Royal Society Industry Fellowship in 2011 paid for him to spend half of his time with a company. For the next four years, Morris was attached to the Scottish offshoot of Sasol, the South African energy group, which worked with similar porous materials in the oil and gas industry. He says: “I benefited a lot from learning how the commercial world worked: how companies made decisions, when to patent something. I learnt that even for the scientists inside the company it was tough getting anything commercialised.”

While at Sasol, he applied for the Royal Society’s Brian Mercer Award for Innovation which gave him the backing to lead the spin-out. After being selected from a list of 70, this programme allowed Morris to embark on business development. He employed someone part-time to talk to potential customers and put together the basis for a business plan. Elected a Fellow in 2016, Morris has benefited from £985,000 of Royal Society support in all. He estimates it could be five years before a commercial application makes it to market.