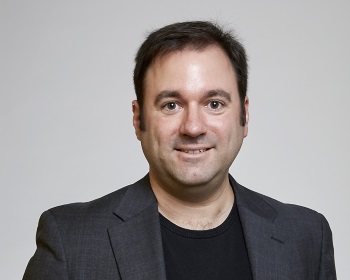 Jon Agirre’s route into the field of structural biology followed an unusual path starting with an undergraduate degree and the start of a PhD in computer engineering at the University of the Basque Country, Spain. Jon wanted to use his computer programming skills to ensure his PhD project had an impact on some of the most difficult real-world challenges and decided to meet with staff from across the university to understand what these challenges were. It was here that Jon’s passion for biology, which started prior to his introduction to computer engineering, was reignited by leading structural biologists facing complex biological problems. Shortly after this, Jon left his PhD in computer engineering in order to take up a PhD in structural biology, which he completed in 2009.

Following on from his PhD, Jon undertook a series of short postdoctoral positions in France at the Institute of Structural Biology, Grenoble and the Pasteur Institute, Paris. These short postdoctoral positions proved invaluable, allowing Jon to learn crucial techniques and to form partnerships with experts in the field. A particularly fruitful partnership formed during this period was with Professor Jorge Navaza. Jorge taught Jon essential methods in crystallography and, as Jon describes, “connected the sides of my brain”, by uniting Jon’s joint interests and knowledge of computer engineering and structural biology. This period of time learning crystallographic techniques spurred Jon on to seek out further postdoctoral positions resulting in joining the York Structural Biology Laboratory (YSBL) at the University of York, UK. Jon credits this period as a postdoctoral researcher in the family-like environment of the YSBL, founded by Professor Eleanor Dodson FRS and Professor Guy Dodson FRS, as a truly transformational part of his academic career.

The supportive and multidisciplinary environment arising from the lack of hierarchy, allowing for frank and open discussion amongst all members of the group, provided Jon with the freedom to pursue an application to the Royal Society for a University Research Fellowship. Jon started his research fellowship at YSBL in October 2017 generously supported by a donation in the name of Professor Olga Kennard FRS by the Cambridge Crystallographic Data Centre.

Jon’s field of research focuses on structural glycobiology and specifically, developing computer programming methods for carbohydrate structure detection, refinement and validation. The currently existing techniques of seeing biological macromolecules, electron cryo-microscopy and x-ray crystallography, require considerable interpretation of the data in order form an accurate atomic model of the molecule. This is particularly problematic when viewing the complex and branching structures of carbohydrates. Improving the current methods of modelling carbohydrates will have an important impact on a significant number of biological interactions, including crucially and topically, in understanding antibody functions or improving biofuel production.

Jon’s research group is working on developing new computational methods for solving this key challenge in structural glycobiology. Despite forming his group relatively recently, Jon is already changing standard practices in the structural glycobiology research community. He has attended many international workshops and conferences with the goal of changing perceptions, and has noticed that the work seems to have made an impact judging by the number of new research competitors who have arisen in the field over the past few years. Jon’s contributions to his field also extend to his impressive publication track record since starting his research fellowship, including two significant papers for the Journal of Biological Chemistry and Current Opinion in Structural Biology.

Beyond the support for the core research, Jon’s Royal Society Olga Kennard Research Fellowship has also provided him with the opportunities to develop his academic career in terms of forming new research collaborations, supervising students and developing novel public engagement activities. Jon values his multitude of academic collaborations both in the UK and internationally; highlighting his collaborators at the MRC Laboratory of Molecular Biology, Cambridge as feeling like a family due to many of the lab members originating in the YSBL. Jon also has a number of collaborators in institutions across Europe including in Sweden, France, Portugal, Spain and the Netherlands.

Jon’s research group currently consists of five individuals; three PhD students (one funded by the EPSRC, one funded by the Royal Society and one by the Saudi Ministry of Education) and two Masters students. He has found supervising students a particularly fulfilling part of his job; “it is immensely rewarding watching people grow as a result of mentoring, and providing them with the opportunities to take their research careers forward.” Supervising his group has not only had an impact on the students; Jon considers this prospect of taking an active role in training the next generation of researchers as a life changing opportunity, and something which he wouldn’t have been able to do without the freedom and support afforded to him through his research fellowship.

Outside of his lab, Jon is helping design workshops for a STEM club at the primary school his eldest daughter attends. Here he teaches children how to programme basic Raspberry Pi computers and hopes to gain additional skills and knowledge in order to expand the sessions by attending the Engaging with Schools course delivered by the Royal Society. Jon has attended other courses run by the Society in media skills, leadership effectiveness and scientific writing, and has been selected to participate in the MP Pairing Scheme this year. These additional activities have allowed Jon to expand his networks, develop his communication skills with new audiences, and spark confidence in his abilities as a new academic.

As he enters the third year of his research fellowship, Jon hopes to build upon his academic, professional and personal successes gained as a result of the support from the Royal Society and the Cambridge Crystallographic Data Centre. Jon is appreciative and humbled by the steady increase in the number of conferences he is invited to talk at and is excited by the prospects of taking on additional public engagement activities however, one of the challenges Jon intends on addressing is how to balance his burgeoning academic career with the demands of raising a young family.