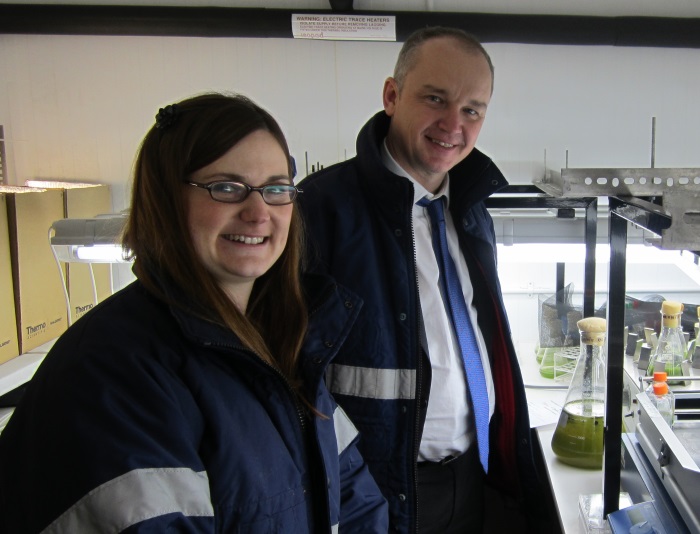 I was thrilled to be able to take part in this scheme as I wanted to see how scientific research is actually used in policy decision making and whether, we as scientists, can improve our engagement with the Civil Service and tailor our research more appropriately to their needs.

Dr Emma Stone is a climate scientist by training and works as a Researcher in the School of Geographical Sciences, University of Bristol. Emma uses computer models to assess the climates of warm periods in Earth history to inform on future climate and sea-level and understand the mechanisms that operate in the Earth System including the potential for abrupt climate changes.

In December 2013, Emma was paired with the Secretary for the Council for Science and Technology (CST) Dr Alan Pitt who is based in the Government Office for Science in the Department for Business Innovation and Skills. The Council is an independent advisory committee, consisting of about 20 senior people from across various fields of science and technology from academia and business. It is co-chaired by the Government Chief Scientific Advisor Sir Mark Walport, (GCSA) and Dame Nancy Rothwell, who is Vice Chancellor and President of Manchester University. The Council’s job is to provide impartial advice to the Prime Minister on a wide range of science issues in policy.  The Council meets four times a year and Emma was extremely lucky that her week in Westminster coincided with the last meeting of the year at the Royal Society Headquarters.

Emma says: “Alan was a fantastic host allowing me to observe the workings of the Science and Technology Select Committee  and the opportunity to find out what the CST actually does –a committee that I had never heard of before the scheme! The Royal Society Pairing scheme has been a real eye-opener to how science is used in Parliament and Government.  Everything is far more scrutinized then I ever envisaged along with the need for policy to be evidence-based and I hope that the scheme will continue to help enhance this process by building firm relationships between the policy makers and the scientists.”

Alan made a reciprocal visit to the University of Bristol in February 2014 where he attended a number of meetings to discuss scientific research and policy. These included meeting flood modellers, lead authors from the Intergovernmental Panel on Climate Change 5th assessment report and the Cabot Institute (University-wide organisation promoting multidisciplinary research on the theme of environmental uncertainty).  In addition, Alan was given a tour of the laboratories in Geographical Sciences where he got to step inside a freezer at -18°C filled with samples from Greenland and Antarctica ready for biogeochemical analysis. He was also taken to see the University of Bristol Supercomputer Bluecrystal: one of the fastest and most advanced facilities in the UK allowing over 650 researchers in disciplines from climate modelling to Health and Social medicine to process vast amounts of data at record speeds.

Alan said: “I hugely enjoyed my experience of the scheme. It was a really interesting to explain my own work and to get a sense for how the work of government is seen through researchers’ eyes. I particularly enjoyed my visit to Emma and her colleagues at Bristol. Emma arranged a fascinating programme of visits to working researchers and research facilities. This offered a chance to learn so much the interaction between the worlds of science and policy in the context of climate research. I was very impressed with the range and quality of work being undertaken, and the visit transformed my view of science in action. It also gave me a number of leads that I intend to follow up as part of my own work.”