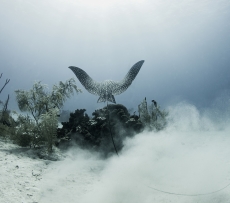 The competition places equal emphasis on the scientific aspect of a photograph and its aesthetic beauty, and the judges are therefore asked to judge the entries based on this dual criteria. In order to judge both criteria fairly, our international panel is comprised of both scientists and photographers.

Jon Blundy is Professor of Petrology at the University of Bristol. His primary research interest is magma, from its generation within the Earth to its many manifestations in volcanoes, volcanic eruptions and volcanic landforms. He has ongoing research projects in many of the world's most hazardous volcanic regions, including Mexico, Chile, Kamchatka, Vanuatu, Ethiopia and the Caribbean. Photography is central to his research, as a record of volcanic phenomena, for microscale depictions of volcanic rocks and their constituent minerals, and as illustrations of Earth's raw power. He is a Fellow of the Royal Society and Academia Europea and currently serves as Subject Editor for Earth Sciences on Royal Society Open Science.

Ineke De Moortel is a Professor in Solar Physics at the University of St Andrews, UK and an affiliate scientist at the High Altitude Observatory (Boulder, US). Her research focuses on the dynamical processes occurring in the Sun's atmosphere, in particular coronal heating, investigating the behaviour and interaction of MHD waves and oscillations in 3D geometries, using observations, numerical simulations and analytical modelling. She is a member of the Editorial Board for Philosophical Transactions A.

Ulrike Muller is an Associate Professor at California State University Fresno. She researches biomechanics of swimming, feeding and flight using high-speed cameras and image processing tools. Her research uses macro photography to record motion at the millimeter scale, such as the wing beats of tiny insects. She is an Associate Editor for Proceedings of the Royal Society B.