Sir Paul Nurse, President of the Royal Society, is making his first visit to mainland China.

His visit includes a major speech at the University of the Chinese Academy of Sciences and meetings with top Chinese scientists.

The UK is China's largest scientific collaborator in Europe. Chinese scientists co-author more scientific papers with UK scientists than any other countries in the world except for the US and Japan.

During his visit, Sir Paul Nurse is making the case for greater collaboration between Chinese and UK scientists

Professor Guangzhao Zhou, Honorary President of the China Association for Science and Technology, was elected as a Foreign Member of the Royal Society in 2012.

Science should be based on reproducible observation and experiment. Good scientists are inherently sceptical and willing to challenge orthodoxy.

Funding decisions should be guided by the effectiveness of the researchers. Research funding bodies should focus their attention on high level priorities and should avoid being too prescriptive. 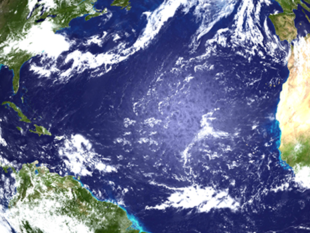 To address climate change, expert scientists in China and the UK must:

Sir Paul Nurse encouraged closer working between the Chinese Academy of Sciences and the Royal Society in pursuit of the agenda of climate science.

China is leading the way with integrated approaches to agricultural productivity, having increased cereal production by 32% between 2003-2011, which is double the world average.

The UK and China should work together to advance science, finding and supporting new ways for closer working between Chinese and UK scientists.

Both academic and industrial collaborations need to be promoted.