Journal: Proceedings of the Royal Society B

In a study published in Proceedings of the Royal Society B today scientists have used historical records from China to track decreasing numbers of gibbons over the last 400 years. 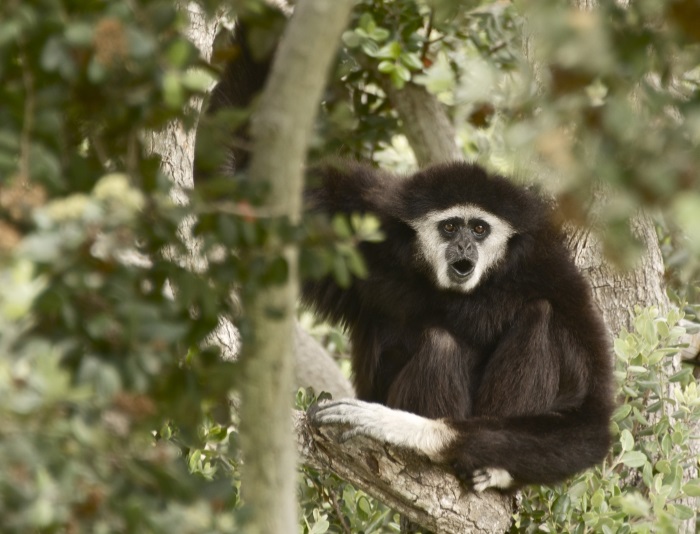 A few hundred years ago gibbons were found across half of China. Today they are one of the rarest mammal species in the world. (Image credit: Linda Tanner licensed under CCBY2.0)

China’s historical government records show that a few centuries ago gibbons lived across almost half of China. However, today gibbons are one of China’s most threatened species. Population numbers have dwindled so far that the primates can now only be found in a few patches of forest in a small area in southwest China. One of China’s native gibbons, the Hainan gibbon, is now one of the rarest in the world with only 26-28 individuals surviving.

To plan the best approaches to help conserve endangered species like the Hainan gibbon it’s important for scientists to understand how populations have changed over time and under different environmental and human pressures. Total extinction of a species can take decades, centuries or even longer so studying modern populations of species gives only a glimpse of the population loss.

To understand the much longer changes at work scientists could integrate historical records into their data. A team from ZSL have done just that, using local government records from across China to track the gradual disappearance of gibbons over time.

The results show a continuous decrease in gibbon numbers over the last 400 years. However, using the records which date from as early as the Ming Dynasty, the team found that it was during a ‘switch-point’ between 1850 and 1900 when gibbon population decline escalated.

The team says the serve decline over the past century is not surprising given ‘destructive twentieth-century environmental policies and human population explosion’.

The study demonstrates the unique potential of historical records to help scientists understand the extinction process which could help in planning for conservation.

Lead author Dr Sam Turvey, a Royal Society University Research Fellow, said, “China has a fantastically rich historical record, which includes a wealth of environmental data that has rarely been used for conservation management. Because of the current environmental crisis facing eastern and southeast Asia, we have to explore new ways to better understand the kinds of factors that can make species more or less vulnerable to extinction.”