Dr Richard Henderson FRS from the MRC Laboratory of Molecular Biology in Cambridge has been awarded the Royal Society’s Copley Medal, the world’s oldest scientific prize. He has been awarded the prize for his work on imaging techniques which have enabled scientists to understand the arrangements of atoms in important biomolecules. 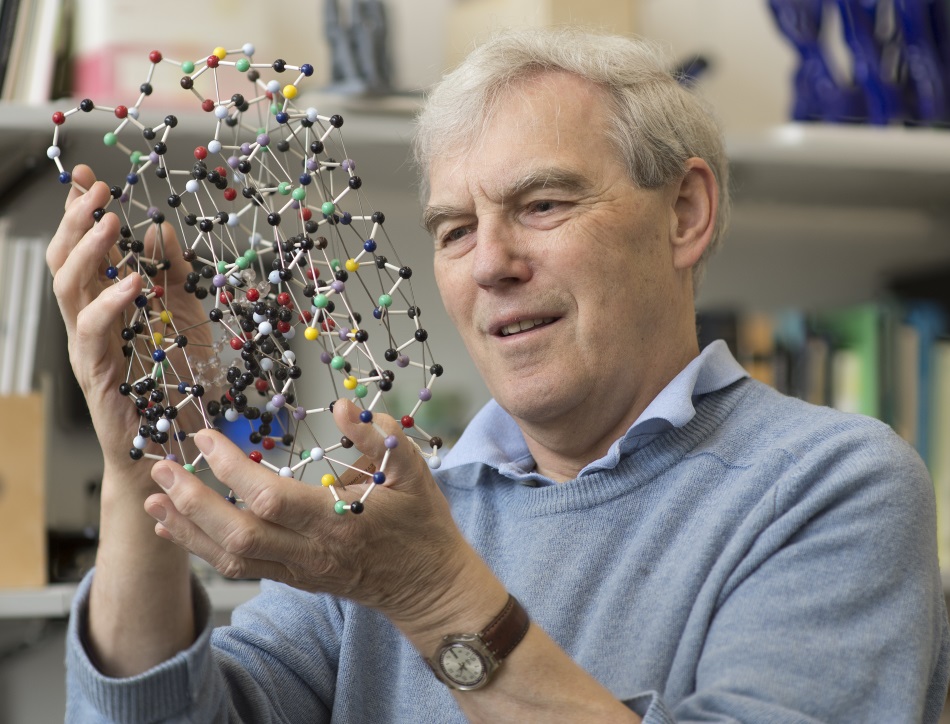 Understanding the structures of proteins and biomolecules is vital for understanding essential processes in the body and is a key part of modern drug design to make more effective pharmaceuticals which better interact with target proteins in the body.

He joins the ranks of Charles Darwin, Humphrey Davy and Albert Einstein in winning the Royal Society’s premier award.

Henderson has helped to develop techniques using electron microscopy, which bombards proteins or other large biological molecules being studied with electrons. This allows scientists to see their structure. Previously scientists could use X-ray crystallography to determine the structure of biomolecules but this technique can’t be used with all proteins and macromolecules. Henderson’s work over his career – for which he has been awarded the Copley Medal - has pioneered the development of electron microscopy imaging techniques to provide an alternate route to determining the structure of these biomolecules and so improve our understanding of their functions in biology.

Commenting on his receipt of the Copley Medal, Dr Richard Henderson FRS, said:

“There’s finally been a quantum step forward in the last few years in these imaging techniques, due to better microscopes, better electron detectors and better computer programs for calculating the structure from the images.

"These improvements are now allowing atomic structure determinations of many protein and other macromolecular assemblies that were previously very difficult or impossible to obtain.  The new structures provide important insights into the biological function of the assemblies and, by catalysing the subsequent development of new diagnostic or therapeutic tools, should help to improve the health and wealth of the country.

“It is a real thrill to be awarded the Royal Society’s Copley Medal for my work in this area. Particularly as it’s a prize that has been awarded to so many outstanding scientists since 1731.  That’s amazing.”

“Dr Henderson is a well-deserved recipient of the Copley Medal, the Royal Society’s most prestigious prize. His work has paved the way for the recent advances in electron microscopy that are revolutionising structural biology by making it possible to determine atomic structures of large macromolecules without the use of crystals. The award recognises not only his own ground-breaking work in electron microscopy but also his work in advancing and disseminating his ideas to the point where they have reached fruition and are now used prolifically across the world.”

Henderson first realised the potential of the electron microscopy technique in the 1970s to image 2-D crystals of proteins which could not be imaged with X-ray crystallography. Using electron microscopy he and colleagues were able to determine high resolution structures of biomolecules, including imaging a cell membrane protein for the first time

In the 1990s, Henderson had the insight to realise that it would be theoretically possible to extract enough signal from molecules using electron microscopy to obtain their detailed atomic structures. This insight and Henderson’s drive and determination over the next two decades led to the development of better detectors for electron microscopes and better software to analyse the images. This revolutionised the technique of electron cryomicroscopy (cryoEM), which involves flash-cooling molecules in a thin layer of aqueous solution before imaging them. The cryoEM technique has made it possible to determine the structure of many molecules whose structure could not be determined using X-ray crystallography and has dramatically expanded what can be done in structural biology.

The Copley Medal was first awarded by the Royal Society in 1731, 170 years before the first Nobel Prize. It is awarded for outstanding achievements in scientific research and has most recently been awarded to eminent scientists such as Peter Higgs, physicist who hypothesised the existence of the Higgs Boson, DNA fingerprinting pioneer Alec Jeffreys and Andre Geim, for his discovery of graphene.