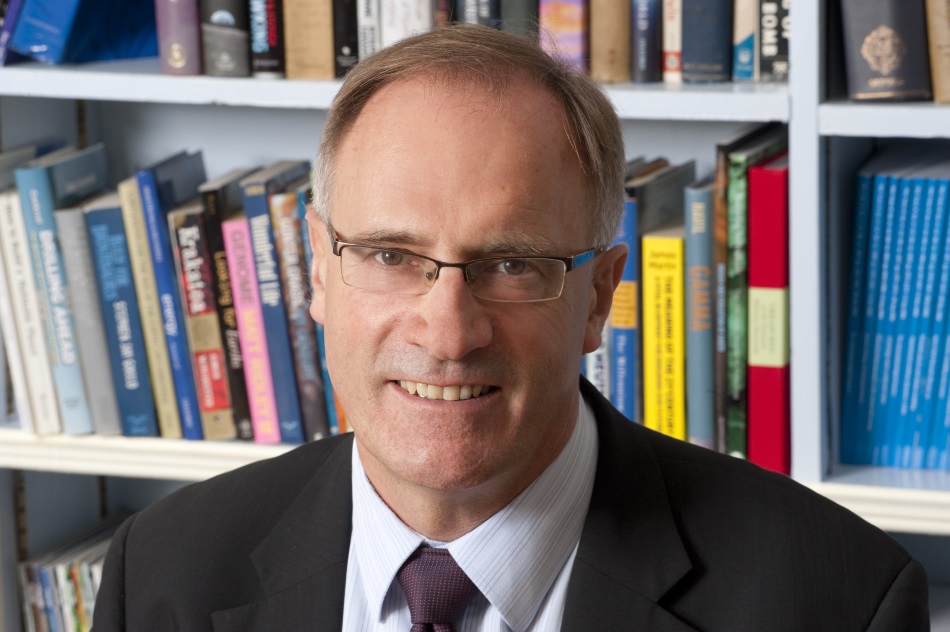 Speaking at today’s Parliamentary Links Day at the House of Commons, Alex Halliday, Vice President of the Royal Society has highlighted some of the immediate priorities for science in the Brexit negotiations. Links Day is organised by the Royal Society of Biology on behalf of the science and technology community, bringing together scientists, learned societies and MPs. Below is a transcript of the speech.

"In April, the author and philosopher Robert Pirsig passed away. He was most famous for his work “Zen and the art of motorcycle maintenance”, which focused on the meaning of the word “quality”. He also explored some of the basics of scientific thinking. He distinguished those who, when something goes wrong with their motorbike tend to vent frustration and take it to a garage to get it fixed, from those who take the engine apart and seek to understand the problem, using an investigative approach.

"First and foremost, science is this kind of inquisitive enterprise. Whether you are an astronomer like Lord Martin Rees, or an historian like Lord Peter Hennessy, that sense of energy that you get from figuring out how the Universe formed or what really happened in Britain in the 1950s, is what keeps you up late and gets you up in the morning. It is very challenging for your partner to live with!  It is highly creative and individualistic. It fuels discovery and can lead to societal transformation on the scale of the industrial revolution.

"Prior to that same revolution, it had become clear that science and transformative innovation, often benefited from collaboration and mobility on an international scale. Joint working had already led to the founding of the Royal Society. The Royal Society had a Foreign Secretary before Her Majesty’s Government. In today’s world it means that Science really is Global, to borrow this year’s theme. The UK has been able to stay strong in science, despite relatively low investment in R&D, because we have been the hub of activity for others including those across Europe. Our world class researchers and institutions attract a quarter (24%) of all Marie Curie Fellows.

"Therefore, Brexit is viewed as a threat to science by colleagues and organisations across Europe. We need to define a vision for European science, despite Brexit.   And there are big opportunities here, regardless of whether you view the UK as “a nation of shopkeepers” (to quote Napoleon), with an economy dominated by service industries, or a nation poised to lead Europe in areas like machine learning, battery technology, biomedical engineering, space and satellite technology, the internet of things and drug discovery. It was indeed welcome news that science and innovation was named as a key pillar in the forthcoming negotiations, during Theresa May’s Lancaster House speech in January.

"There are three ways in which we can signify in no uncertain terms, that the UK remains a key global player in science and innovation.

"First, we must guarantee the rights of European Economic Area citizens currently resident in the UK. Uncertainty in this area already has cost us in terms of those who have decided to leave or not to come. 17% of university academics come from elsewhere in the EU. Following the announcements of the past few days, it is essential that, these people and their families feel welcome and are given reassurance, whatever the final deal looks like.

"Second, mobility is crucial. Researchers need to collaborate freely across the world. We should remove international students from the immigration figures and targets. Increased student diversity adds value, whether in a lecture theatre, a lab or in spinning out a new company. Student diversity adds an estimated £25bn to the economy and brings crucial specialist skills. Polls may be a sensitive issue for many but they indicate that nearly three-quarters of the British public would like to see the same number or more international students coming to study in the UK. A change in policy would send a message that the UK will remain a beacon for higher education and send a message to the brightest and best young minds that they are welcome.

"The final issue on the horizon, no pun intended, is Horizon 2020. The UK has the second highest share of Horizon 2020 funding among member states and the most signed agreements. There was cross party consensus on investment in research and development in a number of manifestos ahead of the General Election, and rightly ambitious targets that have been set for achieving 3% of GDP. EU research funding plays a role in this. It also funds areas that the UK has struggled to support adequately. It offers researchers mobility and encourages collaborations that can have a bigger impact than their monetary values might suggest. The Government rightly took the step last year, of underwriting Horizon 2020 funding granted, before we leave the EU. We should call on the Government to seek continued involvement with Horizon 2020 until the programme ends. We should view this as a transition to seeking a close association with Framework Programme 9 – the successor to Horizon 2020, if it still is fit for our purposes.

"Finally, there has been much talk over the last year of those just-about-managing, and those who have been left behind. Science provides crucial help to people’s lives and it is important that this is communicated and understood. For example, around 25% of the world’s top 100 prescription medicines were discovered and developed in the UK.

"and technology are also needed to tackle the biggest threat we face globally, climate change. It is our duty, as scientists, and experts in our field, to provide decision makers with the evidence they need to make the best policy decisions in these and other areas. We should praise the Government’s decision to proceed in meeting the Paris Agreement objectives.

"In closing, I would suggest that we stop just being negative about Brexit and other upheavals in our global society. Former US President Bill Clinton once said “The urgent question of our time is whether we can make change our friend and not our enemy”. There may be difficulties ahead but we need to be creative and ambitious. Above all, we should work together as we are faced with change over the coming years. We have scientific organisations around the world that are keen to support us as we chart our course. We have a Government that has made unparalleled commitments to R and D expenditure. And now we have UKRI headed up by Sir Mark Walport. We need to get behind him and his team as they take the lead in delivering a strong future for research in this country. This is going to be hard but will present us with some great opportunities.

"With the challenges ahead, the Royal Society encourages scientists to embrace the “Clintonesque” view of, at least some aspects of change, as our friend and not our enemy."

Find out more about the Royal Society’s work on Brexit and UK science.