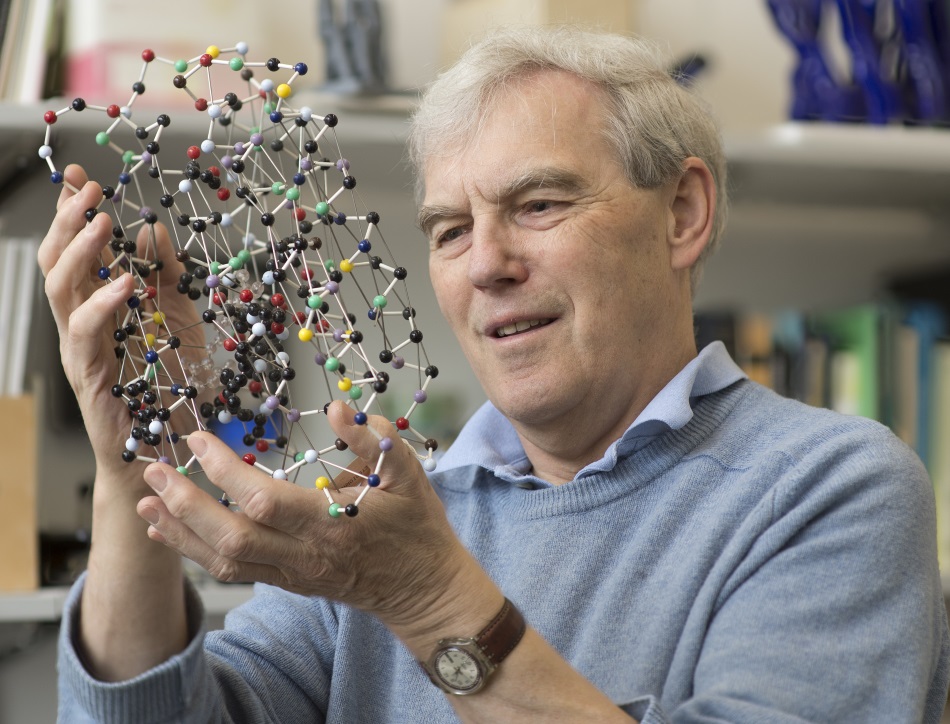 Richard Henderson FRS from the MRC Laboratory of Molecular Biology in Cambridge has today been jointly awarded the 2017 Nobel Prize for Chemistry with Jacques Dubochet and Joachim Frank for "developing cryoelectron microscopy for the high-resolution structure determination of biomolecules in solution".

Henderson was the 2016 recipient of the Royal Society’s Copley Medal, the world’s oldest scientific prize. He was awarded the prize for his work on imaging techniques which have enabled scientists to understand the arrangements of atoms in important biomolecules.

“I am delighted that Jacques Dubochet, Joachim Frank and Richard Henderson have jointly received a Nobel Prize. Their work has paved the way for the recent advances in electron microscopy that are revolutionising structural biology by making it possible to determine atomic structures of large macromolecules without the use of crystals. Richard Henderson, a Fellow of the Royal Society since 1983, is also a well-deserved recipient of last year’s Copley Medal – the world’s older scientific prize – not just for his ground-breaking work in electron microscopy but also his efforts in advancing and disseminating his ideas to the point where they have reached fruition and are now used prolifically across the world. The prize is also a testament to the value of decades of stable support for basic science by the MRC, which by revolutionising the way we see molecules is leading to advances in medicine. Congratulations.”

Understanding the structures of proteins and biomolecules is vital for understanding essential processes in the body and is a key part of modern drug design to make more effective pharmaceuticals which better interact with target proteins in the body.

Henderson has helped to develop techniques using electron microscopy, which bombards proteins or other large biological molecules being studied with electrons. This allows scientists to see their structure. Previously scientists could use X-ray crystallography to determine the structure of biomolecules but this technique can’t be used with all proteins and macromolecules. Henderson’s work over his career – for which he was awarded the 2016 Copley Medal - has pioneered the development of electron microscopy imaging techniques to provide an alternate route to determining the structure of these biomolecules and so improve our understanding of their functions in biology.

The Copley Medal was first awarded by the Royal Society in 1731, 170 years before the first Nobel Prize. It is awarded for outstanding achievements in scientific research and in 2017 was awarded to Sir Andrew Wiles KBE FRS for his beautiful and unexpected proof of Fermat's Last Theorem which is one of the most important mathematical achievements of the 20th century.