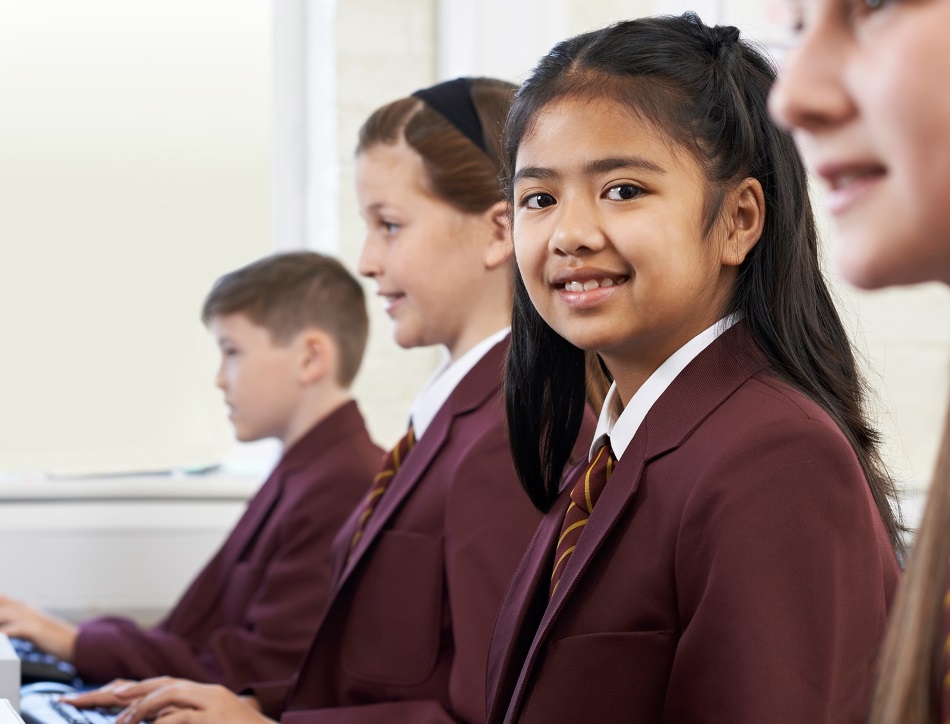 A report by the UK’s national academy of sciences finds that more than half of English schools do not offer GCSE Computer Science, leaving too many young people without the chance to learn critically important programming and algorithm skills at a crucial stage of their education.

Unless the government urgently invests £60m in computing education over the next five years – a tenfold increase from current levels that puts it on par with support for maths and physics – an entire generation may never unlock the full potential of new technologies such as robotics, artificial intelligence and machine learning.

Key findings from the report include:

“The rate at which technology is transforming the workplace means that we live in a world where many primary schoolchildren will work in technology-based roles that do not yet exist, so it is essential that future generations can apply digital skills with confidence.

“For pupils to thrive, we need knowledgeable, highly skilled teachers. However, computing teachers have told us that they feel the government rushed in a new curriculum without giving them the support or money to deliver it. The report paints a bleak picture in England, which meets only 68% of its computing teacher recruitment targets and where, as a result, one in two schools don’t offer Computer Science at GCSE, a crucial stage of young people’s education.

“Overhauling the fragile state of our computing education will require an ambitious, multipronged approach. We need the government to invest significantly more to support and train 8,000 secondary school computing teachers to ensure pupils have the skills and knowledge needed for the future.”

Computing is the newest curriculum subject in primary and secondary education. It underpins almost all areas of the modern world and many new opportunities in science, engineering and the creative industries could not have been realised without it. Businesses are increasingly seeking students who understand computing and so it is important to have more students leaving school confident in coding, algorithmic thinking, machine learning and cybersecurity.

The report follows the last Royal Society report on computing education five years ago, since which a new curriculum was designed and introduced to English schools in 2014. The research, which is funded by Google and Microsoft and led by the ARM processor pioneer and designer of the iconic BBC Micro Professor Steve Furber, conducted a survey and held in-depth meetings with computing teachers across the country to share their experience of teaching the subject. The report also analysed government data to assess the demand and uptake of the subject across England, where most of the recent changes in the curriculum took place.

Despite teaching a new and rapidly-evolving subject, one in four secondary school teachers surveyed took no professional development activities to enhance their knowledge of computing. Informal networks like the Computing at Schools Network of Excellence provide useful teacher resources but only extend to 20% of schools. Currently the government allocates just £1.2 million a year to training existing computing teachers. The Royal Society calls for the government to invest £60 million over the next five years with the aim of training 8,000 secondary school computing teachers. This tenfold increase will help put computing education funding on par with physics and maths.

Teachers are most confident with elements of the curriculum inherited from previous ICT courses, and 44% feel more confident in delivering the earlier stages of the curriculum. In England, many felt that the government has changed the subject they teach without providing them with sufficient support to teach it effectively.

Computing teachers are also in short supply, with the government meeting only 68% of its recruitment target for entrants to computing teacher training courses in England between 2012 and 2017. In Scotland, the number of computer science teachers fell by 25% in the past ten years. There is also a shortage of trainees with enough specialist knowledge to teach a technical subject. While there are 65 Physics and 93 Maths teacher conversion courses available, none exist for computing. In addition to the £60 million over five years, the Royal Society also calls for government funding to set up conversion courses so there is no personal cost to teachers and schools.

Computing education uptake across the UK is patchy

Students near Silicon Roundabout missing out

Despite being home to the UK’s hottest tech postcode, the report found that 2 in 3 schools in the Borough of Hackney do not offer Computer Science GCSE. Nearby Islington only had 6 out of 14 schools offering the subject.

Computing remains a male-dominated subject and in 2017 only 20% of GCSE Computer Science candidates were female, falling to 10% at A-level. The picture is similar in Scotland with a 20% female uptake at National 5. The report also found that Chinese pupils and pupils from other Asian backgrounds are significantly more likely than white pupils and black pupils to study GCSE Computer Science (12.7% vs 7.5%, 5.5% and 4.1% respectively).

“Microsoft is dramatically scaling up its digital skills programme in the UK and we believe now is the time for the Government to do the same. The risk, if we don’t make these investments now, is that too many young people struggle to access new opportunities, and the UK loses its advantage in a world being transformed by technology.”

“We welcome the Royal Society's report, which shows that despite good progress in recent years there is still much more to do to ensure young people across the UK have access to computer science education. Whatever school they attend or what field they plan to go into, every student should have the opportunity to understand the principles and practices of computing. This will broaden their career opportunities and is critical to developing a globally competitive workforce for the 21st century.

"Google could not have been founded and could not have grown without top quality computer science education. That is why we’re committed to working with partners to support teacher training and recruitment."