Professor Jeffrey I. Gordon, MD, Director of the Center for Genome Sciences and Systems Biology at Washington University School of Medicine in St. Louis, has been awarded the Royal Society’s Copley Medal, the world’s oldest scientific prize. 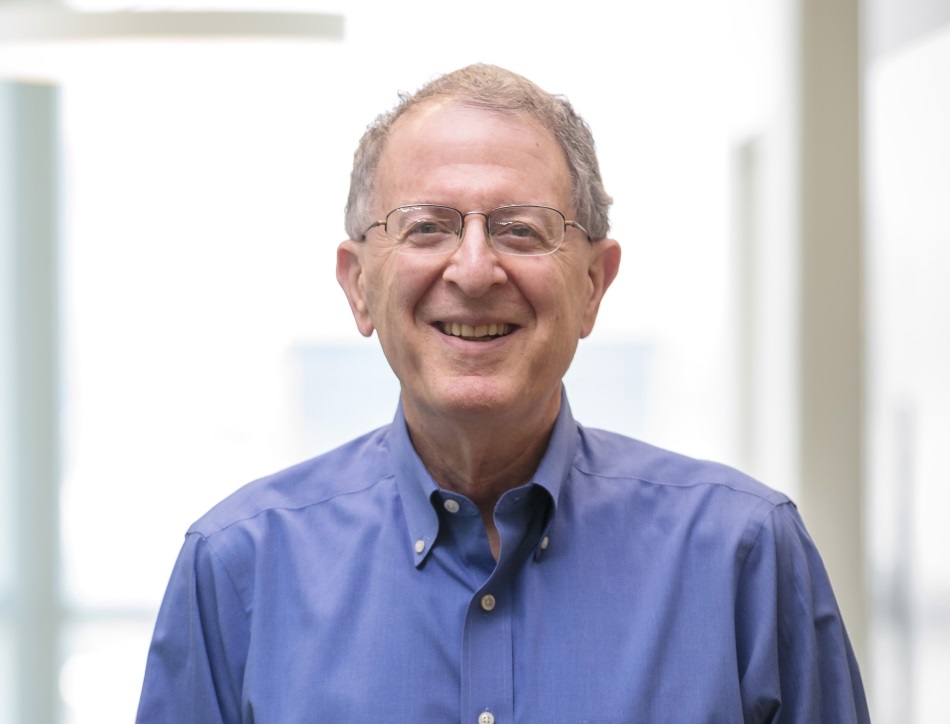 He is being honoured for his studies of human gut microbial communities which have led to a fundamental shift in the way scientists understand the relationship between microbes, health and disease. His discoveries have shed new light on, among other things, the origins of two pressing global health problems: obesity and childhood malnutrition.

Venki Ramakrishnan, President of the Royal Society, said, “Professor Gordon helped to lay the foundations of microbiome research, including the human microbiome. His discoveries have revealed how our gut microbial communities determine features of our physiology and metabolism, and point to a new era of microbiome-based therapeutics and preventive medicine. The Royal Society is delighted to recognise his achievements with the Copley Medal, our most prestigious prize.”

On winning the Copley Medal, Professor Gordon said, “I am extremely grateful for this award, and feel very humbled given its history of recipients. Receiving this award is a tribute to the inspiring work of the many doctoral students, postdoctoral fellows, staff and collaborators who I have had the privilege of working with over the years. This area of research is providing us with an expanded view of ‘self,’ revealing how we are a sublime collection of interacting human and microbial cells and genes. This more inclusive view points to new approaches for achieving wellness.”

Professor Gordon’s pioneering role in breaking down the barriers that stood in the way of understanding how the tens of trillions of microbes that live in our gut function cannot be overstated.  His research team has led the field in designing ways to understand how microbial communities assemble following birth, how microbes interact with one another, and how they work together to influence our biological features.

More than 20 years ago, he turned his attention to a microbe with a name that is difficult to pronounce: Bacteroides thetaiotaomicron. This prominent member of the human gut community illustrates a key feature that the microbiome bestows on us: the ability to metabolise components of our diet, in this case plant polysaccharides that we cannot digest on our own because our human genome does not possess a sufficient arsenal of genes for the task. This work heralded the start of work by Professor Gordon that showed how model human gut microbial communities, composed of collections of bacteria whose genomes he had sequenced, could be transplanted into germ-free mice that had been reared under sterile conditions. Studying these model communities opened the door to answering fundamental questions about how mutually beneficial relationships are forged between our microbes and ourselves.

Further, by introducing intact gut communities from healthy or diseased humans into germ-free mice, feeding the mice human diets and noting what biological features are transmitted via their microbiomes to the animals, he created a path for determining whether and how microbiomes are causally related to health status.

A major focus of Professor Gordon’s studies has been on nutritional status. His work has encompassed adults with obesity in Western societies and malnourished infants and children in low-income countries. In research funded by the Bill & Melinda Gates Foundation, he and his collaborators at the International Centre for Diarrhoeal Disease Research in Bangladesh have shown that children suffering from malnutrition possess gut microbial communities that fail to assemble normally, leaving them with microbiomes that appear younger and more immature than those of healthy children. Current therapeutic foods do not repair this immaturity or overcome the long-term effects of malnutrition, including stunted growth, impaired brain development and poor immune function.

Their work has identified key microbes that are underrepresented in the immature gut microbial communities of malnourished children and has provided evidence that failed microbiome development is not simply an effect but rather a contributing cause of malnutrition. His findings, indicating that healthy community development and healthy growth are intertwined, have catalysed efforts by his team to develop new microbiome-directed foods designed to repair microbiome immaturity and the manifestations of malnutrition, as well as to help ensure healthy microbial community development more generally.

The approaches he and his students have discovered provide ways to better understand how microbial communities transform components of the foods we consume into products that shape among other things features of our metabolism, physiology, immune function and likely behavior. This knowledge, coming at a time when the molecular constituents of food are being better defined, should enable future development of more nutritious, health-promoting foods, as well as more informed dietary recommendations for infants, children and adults. While pursuing these efforts to develop microbiome-directed foods and therapies, he has also emphasised the importance of addressing, proactively, the societal and regulatory implications of discoveries emanating from microbiome research.

The Copley Medal was first awarded by the Royal Society in 1731, 170 years before the first Nobel Prize. It is awarded for outstanding achievements in scientific research and in recent years has been awarded to eminent scientists such as Peter Higgs, physicist who hypothesised the existence of the Higgs Boson, DNA fingerprinting pioneer Alec Jeffreys and Andre Geim, for his discovery of graphene. Last year’s winner was Sir Andrew Wiles KBE FRS, one of the world’s foremost mathematicians, who was awarded the prize for proving Fermat’s Last Theorem, a major mathematical breakthrough of the 20th century.