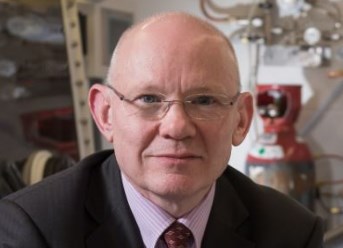 Professor Peter Bruce FRS has been appointed as Physical Secretary and Vice President of the Royal Society. He will take up the position on the Royal Society’s anniversary day, Friday 30 November 2018.

“I am thrilled to be taking up the position of Physical Secretary. To serve the physical and engineering sciences community in the UK and especially to represent the interests of the relevant Royal Society Fellows is an honour. We always live in uncertain times, but these are perhaps more uncertain than most. I shall do all I can over the next 5 years to support excellence in the physical sciences and engineering. I look forward to working with the Fellows, the President, the other Officers and Staff in the years ahead.”

Peter Bruce was elected as a Fellow of the Royal Society in 2007, and has also previously received the Royal Society Hughes Medal for his distinguished work elucidating the fundamental chemistry underpinning energy storage.

He is currently Wolfson Professor of Materials at the University of Oxford. His research interests embrace materials chemistry and electrochemistry, with a particular emphasis on energy storage, especially lithium and sodium batteries.

As well as directing the UK Energy Storage Hub (SuperStore) and a consortium on lithium batteries, Peter is a founder and Chief Scientist of the Faraday Institution, the UK centre for research on electrochemical energy storage.