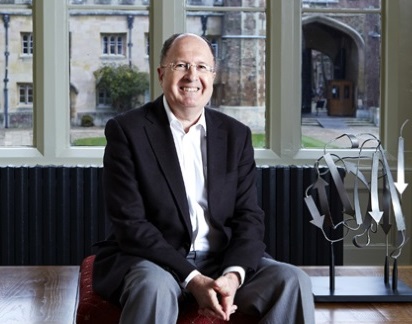 The Royal Society offers its congratulations to the winners of the Nobel Prize in Chemistry 2018, including Fellow of the Society, Sir Gregory Winter.

The Royal Swedish Academy of Sciences has jointly awarded the Nobel Prize in Chemistry 2018 to Sir Gregory Winter FRS and Professor George Smith for the “phage display of peptides and antibodies”. They share the honour with Professor Frances Arnold “for the directed evolution of enzymes”.

Venki Ramakrishnan, President of the Royal Society said, “Thanks to Greg Winter’s pioneering research into monoclonal antibodies at the MRC’s Laboratory of Molecular Biology, people who have breast cancer, arthritis, asthma and leukemia the world over are already benefiting from new drugs, with many more in development. UK companies developing antibody technologies based on Greg’s work have also been a startup success story, with these drugs being worth billions globally. I am delighted that his great achievement has been recognised with the Nobel. It is a richly deserved honour for him, the MRC’s Laboratory of Molecular Biology, which has produced so many Nobel Prize winners, and British science.”