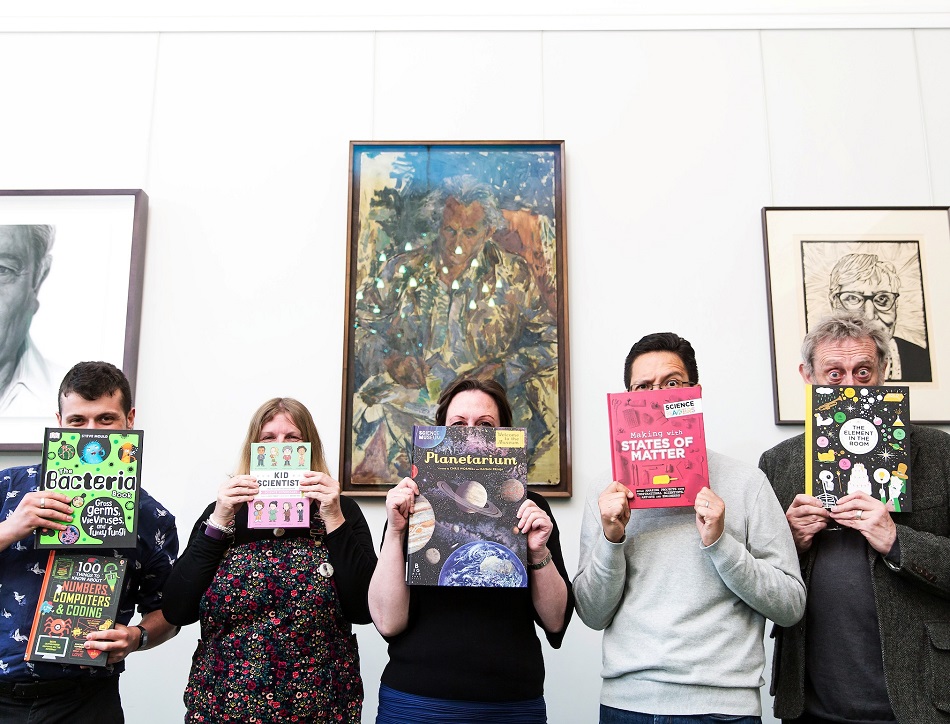 Did you know that more people have access to the internet than to a flushing toilet? Or that there are more bacteria in your mouth than people on the planet? From the viruses in your computer to those in your cells, to the elements shed from stars now building your body, these are just some of the phenomenal insights bursting from the pages of the six shortlisted titles of the 2019 Royal Society Young People’s Book Prize.

Only a few months ago, publishers submitted their best science books for children to the Young People’s Book Prize to have an adult judging panel - led by Professor Sheila Rowan FRS - narrow them down to just six of the best.

Now the shortlist judging is done, it’s time for the adults to hand over the reins to the ultimate judges: young readers across the UK who will decide on the overall winner of the prize. This year we have an overwhelming 10,000 young readers taking part for the final decision, drawn from over 450 schools, science centres, reading clubs, community groups, Scouts and Brownies.

Over the summer these young people will get stuck into the six shortlisted books, with the winner announced at an awards ceremony in November 2019.

The Royal Society Young People's Book Prize celebrates books that communicate science to children in an accessible, creative way, and has been running for over 30 years.

“The most memorable part of being chair was the opportunity to see such a spectrum of wonderful science books and having the chance to engage with them—and they were truly engaging, hands-on… and beautiful. Given such a longlist, it was extraordinarily difficult to choose the final six. If the panel had had their way, I know it would have been a much longer shortlist.

"Now, the children who are making up the next and final judging panel across the UK have an even more difficult job. They have to choose just one book: the winner. My advice? See what you think, see how engaged you feel, and pick the book you would really like to take home.”

Judge Sarah Eames said: “Coding and computing are subjects normally difficult to make entertaining, so the authors have cleverly turned them into narratives, making the topics engaging with little stories you can just dip in and out of. They’re the perfect length, too, so readers will really feel like returning to them again and again.

Judge Michael Rosen said: “This was a great idea: ‘Why don’t you do a book on the childhood of scientists?’ You know that wild-haired guy with the moustache? Well Einstein was a child, too. It is handled very well, too - conceptually, writing-wise. Told real stories of real young people struggling through hardship. It has modern scientists, classic science figures: Neil deGrasse Tyson, Jane Goodall, Nikola Tesla.”

Chair of the judges, Sheila Rowan, said: “The illustrations in this book are fantastic and they really capture the vast scale of space – you get to see inside Neptune, the life cycle of stars, and learn about exoplanets. The writing is clear, informative, and a pleasure to read, with descriptions that draw you in. I can really imagine Planetarium inspiring young people about the wonders of the universe.”

Chair of the judges, Sheila Rowan, said: “What is special with Making with States of Matter is the way it uses activities such as art, crafts and cooking to draw young people into science. It takes a very creative and practical approach to its subject, and presents it in new and unexpected ways, really bringing it to life.”

The Bacteria Book by Steve Mould (Published by Dorling Kindersley)

Judge Francisco Suzuki-Vidal said “My son really liked this - especially the viruses. The topics are an ideal primer to microscopic life, infectious or otherwise, and the history of science in discovering its richness. The book is very engaging, well presented, a great combination of photos, graphics, and bite-sized chunks of text.”

The Element in the Room written by Mike Barfield, illustrated by Lauren Humphrey (Published by Laurence King)

Judge Josh Gabbatiss said “I never imagined seeing the periodic table presented this way, but here it is, and it really works. From hydrogen right through the table, this book explores each element, their discovery, and how they pop-up in everyday life, from food to technology, to life itself. The writing and illustrations are fun and I know the kids will appreciate that.”