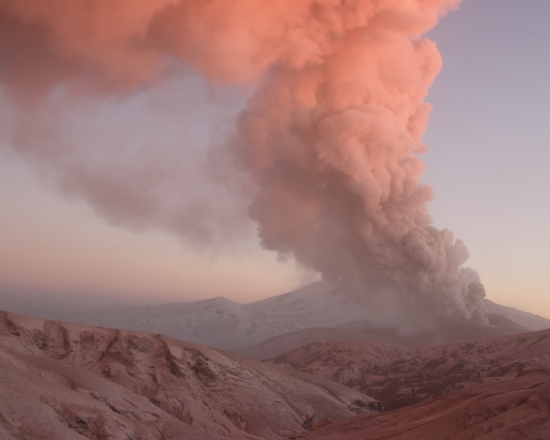 The Research Professorships help release these exceptional researchers from competing duties, such as teaching and administration, allowing them to focus on ambitious and original research of the highest quality. The awards also enable distinguished, international research talent to relocate to a UK academic institution.

Venki Ramakrishnan, President of the Royal Society, said: “We are delighted with the six appointments made in this year’s Royal Society Research Professorship competition.

“The newly appointed Research Professors join a world-class cohort of leading scientists that have and continue to make exceptional contributions to science. This type of investment in world-leading talent is crucial to the continued success of UK science.”

The next round of the Research Professorship scheme is open to applications until Thursday 4 June 2020.

The six appointments this year are as follows:

Jonathan Blundy FRS is currently Professor of Petrology at the University of Bristol. His work combines methods drawn from field geology to thermodynamics to investigate how volcanoes work, including the mechanics of magmatic systems and the formation of ore deposits. He will take up his Research Professorship at University of Oxford from July 2020.

Understanding how magmatism influences the formation of the earth’s mineral-rich crust is vital for accessing the metal ores that drive the 21st century, from electronics to energy. But a long-held scientific paradigm, which argues that the chemical differentiation of magma occurs in large magma chambers in the shallow crust, is under scrutiny. Professor Blundy will use experimental petrology, geological observations and modelling to test an alternative framework, which does not rely on chambers; he proposes instead that differentiation occurs within a crystal-rich ‘mush’ straddling almost the entire Earth’s crust. Professor Blundy’s rethinking of magmatic systems could change how we explore for and extract economically important metals in the future.

His Professorship aims to advance our understanding of the most enigmatic and challenging of these states, “quantum spin liquids”, by developing two new types of quantum microscopes - the first instruments capable of atomic-scale visualisations that are designed to observe quantum spin liquids directly. Spin liquids are materials in which every electron is quantum “entangled”, instantaneously influencing all the others by what Einstein called “spooky action at a distance”. They rival dark matter in their power to stubbornly resist direct observation but understanding their properties will be vital for advancing the development of quantum computing and quantum materials.

Georg Gottlob FRS is a Professor of Informatics at the University of Oxford and a Fellow of St. John's College.  He is working to build better, and more trustworthy, artificial intelligence (AI) by combining existing machine learning approaches with the use of transferable knowledge that humans deploy.

While machine learning has advanced rapidly thanks to neural networks, the trial and error approach it uses is similar to the way human babies learn to walk or recognise their parents. But trial and error learning can be time consuming and risky, for example, in the case of identifying what foods are poisonous. It is sometimes also impossible, due to the lack of data.  However, humans developed language and other systems which make it possible to pass on knowledge directly to others who integrate that into their own knowledge. Gottlob’s professorship will look at the rules which enable knowledge transfer to work best in AI and integrate them with existing machine learning approaches. He will then build software that aims to apply this reasoning-based learning in useful, real-life situations.

Henning Sirringhaus FRS is Hitachi Professor of Electron Device Physics at the University of Cambridge and a Fellow of Churchill College. He is working on thermoelectric materials and thermal energy harvesting that can help minimise the “scandalous” energy wastage associated with unused heat emitted by many residential, industrial and transport processes.

Globally, around two-thirds of primary energy is wasted as heat. While this can be utilised by heat engines in some situations, such as power stations, it remains challenging to harvest “low grade” heat at temperatures below 300-400 °C. This Professorship project aims to achieve a better understanding of charge and heat transport on molecular (50-100 nm) length scales and to develop a new generation of materials for converting thermal energy into electricity that can make significant contributions to reduction of carbon emissions.

Jennifer Thomas CBE FRS is Professor of Physics at University College London. She is aiming to improve our understanding of neutrinos by building detection instruments effective, and affordable enough, to be used in a megaton detector array in order to capture enough of these hard-to-detect particles and measure their properties with very high precision.

Because neutrinos have a near-zero mass, they are the “ultimate cosmic messengers” travelling through space virtually unimpeded at nearly the speed of light – often passing right through Earth without colliding with another particle. Scientists therefore rely on very massive detectors, often made of water where the fleeting flash of Cherenkov radiation can be detected when a neutrino does collide with a nucleon in the water. Professor Thomas’ work could make detectors on the megaton scale a reality and open a new window on the neutrino.

Richard Thomas FRS is Professor of Pure Mathematics at Imperial College London. His project aims to uncover surprising new insights into algebraic geometry, by identifying previously unrecognised relationships that exist between important structures in the field.

Examples of these “hidden symmetries” include counts of different objects – such as solutions of different equations arising in physics – that turn out to be the same.   Professor Thomas will develop conceptual explanations for these coincidences, and for more refined “counts” that he will define, replacing numbers by more sophisticated algebraic objects.