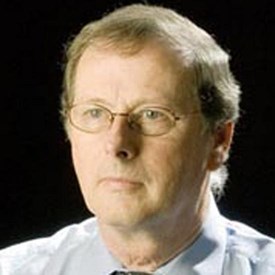 Tony Cheetham obtained his DPhil at Oxford in 1971 and conducted postdoctoral work in the Materials Physics Division at Harwell. In 1974, he joined the chemistry faculty at Oxford, and then moved to the University of California at Santa Barbara (UCSB) in 1991 to become Professor in the Materials Department.

In 1992, Tony took up the directorship of the UCSB’s new Materials Research Laboratory, which he led for 12 years. He became Director of the newly created International Center for Materials Research at UCSB in 2004, moving to Cambridge in 2007 to become the Goldsmiths’ Professor of Materials Science.

Tony is a Fellow of the Leopoldina, the American Academy of Arts and Sciences and several other academies. He has received numerous awards for his work in the field of materials chemistry, including a Chaire Blaise Pascal, Paris (1997–1999), the Sômiya Award of the IUMRS (2004), the Platinum Medal of the IOM3 (2011), and a Chemical Pioneer Award from the American Institute of Chemists (2014). He holds honorary doctorates from several universities.