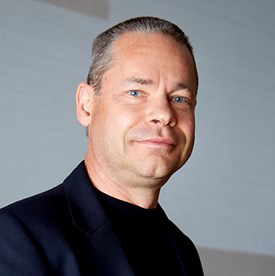 David J. Wales received his BA degree from Cambridge University in 1985 and his PhD in 1988 under the supervision of Prof. A. J. Stone. He was awarded the ScD degree in 2004.  He spent 1989 as a Lindemann Trust Fellow at the University of Chicago, working with Prof. R. S. Berry. He returned to a Research Fellowship at Downing College Cambridge in 1990, was a Lloyd's of London  Tercentenary Fellow in 1991, and a Royal Society University Research Fellow from 1991 to 1998.  In 1998 he was appointed to a Lectureship in Cambridge and is now Professor of Chemical Physics.

He was awarded the Meldola Medal and Prize in 1992 by the Royal Society of Chemistry, and the  Tilden Prize in 2015. He was a Baker Lecturer at Cornell University in 2005, and the Inaugural Henry Frank Lecturer at Pittsburgh University in 2007.  His research primarily involves the exploration of potential energy landscapes, with applications to chemical biology, spectroscopy, clusters, solids and surfaces.

Professor of Chemical Physics, Department of Chemistry, University of Cambridge