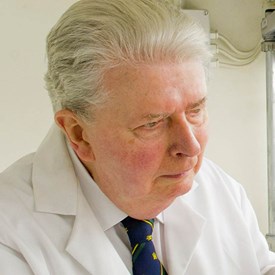 Edward Cocking received a BSc in biological chemistry from the University of Bristol in 1953, followed by a PhD and a DSc in plant cell biology and nitrogen metabolism. After receiving a three-year Bacterial Chemistry Research Fellowship, he was appointed Lecturer in plant physiology at the University of Nottingham in 1959. He subsequently became Reader then Head of Department and Professor of Botany.