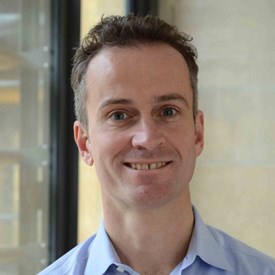 Gideon is a geochemist working to understand the ocean, the carbon cycle, and the long-term operation of the climate system. His research falls into two main areas: i) making novel measurements on natural archives to quantify climate processes important for future change (eg sea level, rainfall patterns, permafrost stability), and ii) the chemistry of the modern ocean, including study of the carbon cycle, nutrient metals, contaminants, and tracers used to assess ocean processes.

Gideon helped initiate the international GEOTRACES programme which has revolutionized knowledge of the chemical cycling of metals in the ocean, and was co-chair of this programme for its first decade.

He is a Professor at the Department of Earth Sciences (of which he was Head for 2013-2017) at the University of Oxford. He also holds a Senior Research Fellowship at University College Oxford, and an associate position at Columbia University, USA. From October 2019 he has been the Chief Scientific Advisor at the UK Department of Environment, Food, and Rural Affairs.

Gideon was elected as a Fellow of the Royal Society in 2013. He has served as Chair of the Global Environmental Research Committee, and led recent policy working groups on Ocean Resources, and Greenhouse Gas Removal.