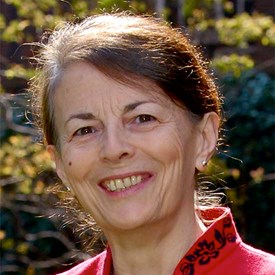 In early studies, Jean Thomas identified the way in which histones — the basic proteins in the nucleus of all eukaryotes — are associated with each other, which underpinned the nucleosome model proposed by Roger D. Kornberg for the structure of chromatin, the form in which DNA is universally packaged with histones.

The focus of much of her subsequent work has been on proteins involved in stabilisation (linker histone H1, heterochromatin protein 1) or destabilisation (HMGB1) of the folded nucleosome filament, which affect the accessibility or otherwise of genes for transcription. Recent nuclear magnetic resonance studies of HMGB1 have revealed how intramolecular interactions regulate its function and, in particular, the availability of its acidic tail and HMG boxes for interaction with histones and DNA, respectively, in chromatin.