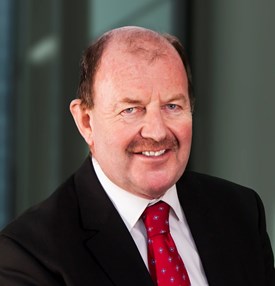 John McCanny has made pioneering contributions to research on special purpose silicon architectures for digital signal and video processing, and for cryptography. He has published 5 research books, 360 peer-reviewed research papers and holds over 20 patents.

He was responsible for the vision that led to the creation of the Northern Ireland Science Park (now 160 companies) and its £37M research flagship, the Institute of Electronics, Communications and Information Technology (ECIT). He also led the initiative that created the (now) £65M Centre for Secure Information Technology, the UK’s Innovation and Knowledge Centre for Cybersecurity.

He has co-founded two successful high technology companies based on the work of his research teams: Amphion Semiconductor, later acquired by Conexant; and Audio Processing Technology, later acquired by Cambridge Silicon Radio - now part of Qualcomm.