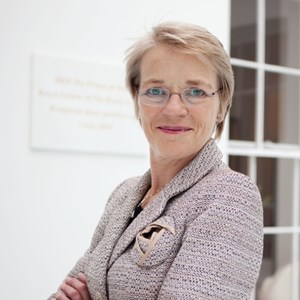 She is an Honorary Fellow of University College Oxford, a Bencher of the Middle Temple, a Freeman of the Goldsmith’s Company and a Board member of Sense about Science.  In the past she has also been on the Boards of the Alan Turing Institute, Blavatnik School of Government in Oxford, Haberdasher Aske’s School (Elstree), Engineering UK, Charities Aid Foundation and The Faraday Institute.

Originally trained as a barrister at the Middle Temple, Julie combined a career as a practising lawyer with that of an academic, holding a number of senior academic positions, including those of Deputy Vice Chancellor, Professor and Dean of the Faculty of Law at the University of Auckland, New Zealand.  Academic and other recognition Julie has received include a CBE (2017) and Honorary Degrees from the Universities of Huddersfield, Warwick, Canterbury, Hull and Bristol.  She is the author of numerous articles concerned with trusts, equity, commercial and property law.