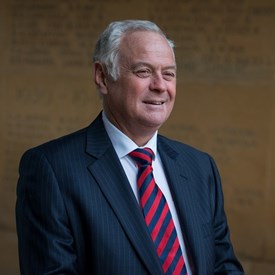 Martin Taylor is a mathematician who has conducted valuable work on algebraic number theory. Amongst his most significant contributions to the field is the proof of Fröhlich’s conjecture, which connects the symmetries of algebraic integers with a family of analytic functions known as Artin L-functions.

A separate insight led him to the invention of a powerful mathematical tool known as the group logarithm, which has allowed for an improved understanding of the symmetries of polynomial functions and led to breakthroughs in the field of algebraic topology.

Outside of his academic research, Martin has devoted much of his time to work within the science community, improving the way science and mathematics are taught to students aged 5–19. He chaired the Advisory Group which produced the Royal Society’s report The scientific century (2010), and he also chaired the Royal Society committee for their report Vision for science and mathematics education (2014).

From 1998 to 2000, Martin was the President of the London Mathematical Society, and in 2004 was appointed Vice-President and Physical Secretary of the Royal Society, a position he held until 2009. In 2009, he was knighted in the New Year Honours for his services to science. Martin was Warden of Merton College, Oxford, from 2010 to 2018.

Martin is currently Chair of the Royal Society’s Advisory Committee on Mathematics Education.