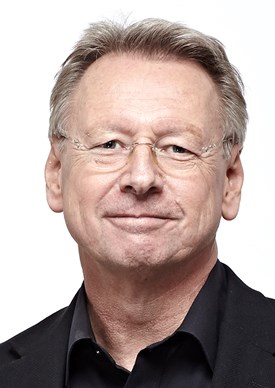 Paul Workman is a multidisciplinary cancer research scientist who has been responsible for the laboratory discovery and progression into the clinic of many innovative cancer drugs. His speciality is designing personalised medicines that are targeted to precise molecular abnormalities and vulnerabilities – an approach he refers to as 'drugging the cancer genome'. Furthermore, he conceptualized and exemplified in practice a systematic approach known as the 'Pharmacological Audit Trail' that uses various measurable biomarkers to aid rational decision-making in drug development.

Paul has also discovered chemical probes (or tools) used to understand the function of suspected cancer-causing proteins and to validate them as therapeutic targets. He has shed light on the mechanism by which many cancer drugs work and how drug resistance can develop – and more recently focused on novel approaches to overcome the mechanisms involved in the evolution of therapeutic resistance in cancer patients. Paul is probably best known as a molecular pharmacologist and chemical biologist who with colleagues has discovered numerous inhibitors (drugs and chemical probes) of protein and lipid kinases (eg PI3 kinases) as well as molecular chaperones (eg Hsp90).

Paul has built and led several successful teams in academia – where he has been a champion of the non-profit, centre of disease excellence, team science model – and also in the biotechnology and pharmaceutical industries. Between 1997 and 2016 he was Director of the Cancer Research UK Cancer Therapeutics Unit at The Institute of Cancer Research (ICR) in London, where he oversaw the discovery of twenty drug candidates, twelve of which have progressed into clinical trials, and saw abiraterone approved as a treatment for prostate cancer.

Paul talks, writes and blogs about cancer research and treatment and also about the drug discovery ecosystem.