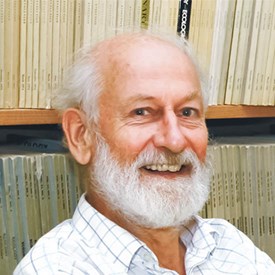 Peter Grant has made important contributions to quantitative evolution theory by direct observation of wild animals, especially birds and small mammals. He has given substance and emendation to the neo-Darwinian paradigm covering such topics as patterns and intensities of selection, maintenance of variation, character displacement, speciation, hybridisation, species recognition, and the quantification of the roles of sexual versus natural selection.

In particular, the notion of character displacement has been greatly modified through Peter’s investigation. Recent and controversial, the notion that food and habitat preferences, and morphology related to feeding, are the outcome of competition, has been supported and elaborated. His estimates of genetic correlations, heritability and selection intensities, which are all unique for wild populations, go far to support his own model over rival non-adaptive interpretations.

Peter also established a programme of research on finches of the Galapagos that is unparalleled in breadth and detail. Developing a long-term accurate demography through use of marked birds, it makes reality of the dream that these islands should be a laboratory for the study of evolution in progress.