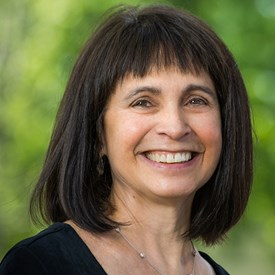 Sue Wessler is a plant molecular geneticist who has spent her entire career deciphering how transposable elements generate genetic diversity and attain high copy numbers without killing their host. Her laboratory demonstrated that elements could function as introns and that retrotransposons are the major cause of spontaneous insertion mutations in maize. In the genomics era her laboratory pioneered the computational analysis of transposable elements, culminating in the discovery of miniature inverted repeat transposable elements (MITEs), the element most frequently associated with plant genes. As an HHMI Professor, Wessler adapted her research program for the classroom by developing the Dynamic Genome Program where incoming freshmen experience the excitement of scientific discovery.

She is the recipient of several awards including the ASB Stephen Hales Prize (2011), the FASEB Excellence in Science Award (2012), and the McClintock Prize for Plant Genetics and Genome Studies (2015). She is a member of the American Academy of Arts and Sciences (elected in 2007), the American Philosophical Society (2013), and the National Academy of Sciences (1998) where she serves as Home Secretary.