Jurassic Park and the quest to resurrect extinct creatures

Movies like Jurassic Park have blurred the lines between science and speculation, driving the science of ancient DNA research.

Add to Calendar 09/19/15 10:30 AM 09/19/15 11:30 AM United Kingdom (GMT) Jurassic Park and the quest to resurrect extinct creatures <p>History of Science lecture as part of the Open House Weekend</p> The Royal Society, London, SW1Y 5AG
Back to events
Copy linkCopied to clipboard Facebook Twitter
Jump to
Overview

Learn how movies like Jurassic Park have blurred the lines between science and speculation, driving the science of ancient DNA research.

Movies like Jurassic Park have blurred the lines between science and speculation, driving the science of ancient DNA research.

Ancient DNA research - the search for molecules in fossils - emerged from the interface of palaeontology, archaeology, and molecular biology. The controversial scientific and technological practices involved in ancient DNA research have given ability to reconstruct the past. Will this interdisciplinary science allow us the possibility of recreating extinct creatures too? The scientists behind the experimental 'Ice Age' natural reserve in Siberia, Pleistocene Park, have claimed that work is being done to reintroduce the Woolly Mammoth.

In her talk, Elizabeth Jones examined the interplay between science and the media and the way our obsession with the resurrection of extinct creatures, from dinosaurs to mammoths, influences scientific research. 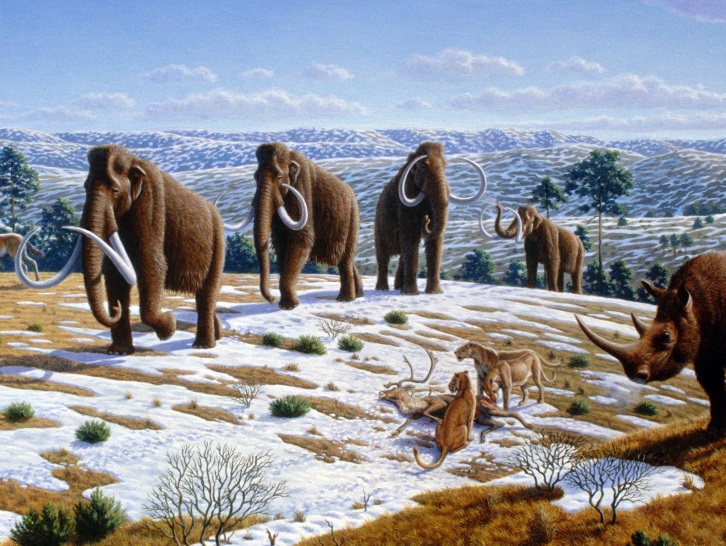