Scientific conflict through the ages

A deeper look into some of the most notorious cases of controversy and conflict in the history of science.

Take a deeper look into some of the most notorious cases of controversy and conflict in the history of science.

A deeper look into some of the most notorious cases of controversy and conflict in the history of science.

Science is not always as objective as one might think; it is often subject to interpretation and perception. As such, the history of science is rife with fierce, and sometimes very public, debates between individuals over accuracy, priority and ownership of ideas. Isaac Newton and Gottfried Leibniz famously battled over which of them invented calculus and as recently as a decade ago, the ‘Black Hole War’ erupted between Leonard Susskind and Stephen Hawking amongst others.

In her talk, Kanta Dihal explored the involvement of the Royal Society in these conflicts and reflected on how they have influenced the public perception of science. 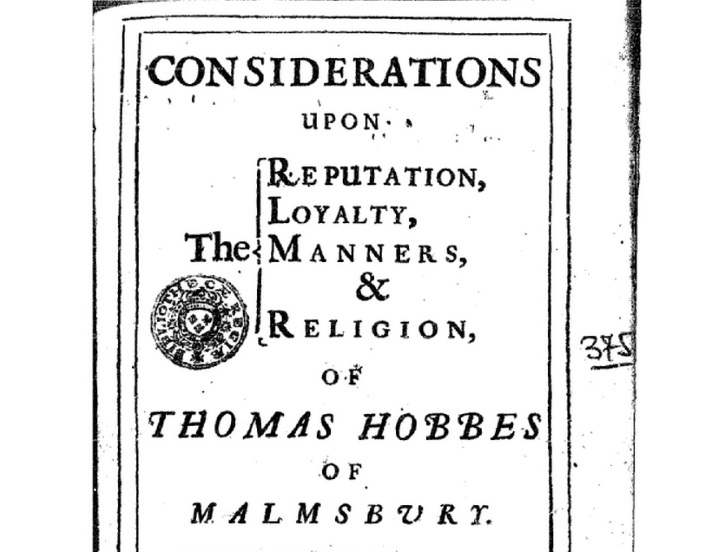 Considerations upon the reputation, loyalty, manners, & religion of Thomas Hobbes of Malmsbury (1680)