Research Weekends at Chicheley Hall are part of the Fellows' Social Programme at the Society. These meetings have a relaxed 2-day format, which aims to bring together our Fellows to share interesting science in an informal and social setting. January’s Research Weekend is hosted by Professor Dianne Edwards CBE FRS and Professor Richard Catlow FRS. Each day will feature a series of talks connected by the diverse theme of carbon: from the use of carbon isotopes in archaeology, to carbon sequestration and non-carbon based energy technologies. Time will also be set aside in the programme for free time and a tour of Chicheley Hall and its grounds. A full programme will be made available shortly.

To cover some of the accommodation and catering costs we ask for a contribution of £75 from Fellows and Foreign Members. Guests of Fellows are very welcome, and do not need to be a Fellow to attend. However, there is a separate pricing structure for guests.

To book a place on the research weekend or for further information please contact fellowship@royalsociety.org. 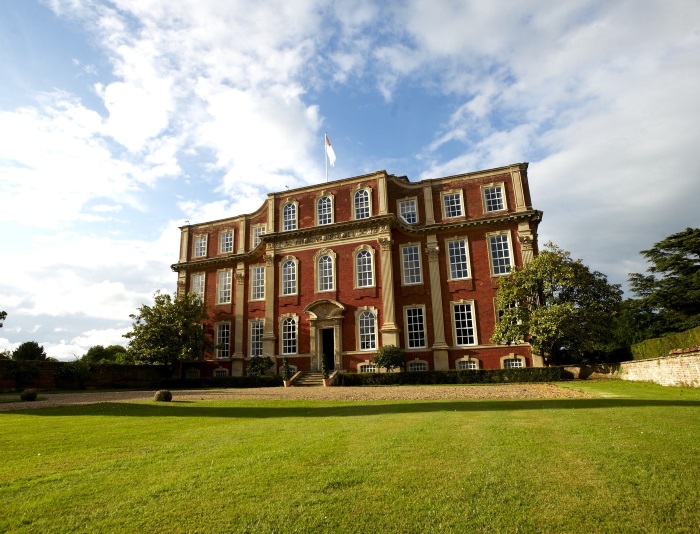 "Dianne Edwards DE CBE FRS is currently Distinguished Research Professor and Director of Innovation and Engagement and previously Head of School of Earth and Ocean Sciences at Cardiff University, where she has spent almost all of her research career as a palaeobotanist investigating early land plants. Her interests outside the University include botanic gardens , conservation and the history of biology . As president of the Linnean Society, Dianne's concerns rest with the teaching and research of systematics and biodiversity and the roles of Learned Societies. She has recently been involved in the creation of The Learned Society of Wales and is the Vice President in charge of STEM subjects."

Richard Catlow is developing and applying computer models to solid state and materials chemistry — areas of chemistry that investigate the synthesis, structure and properties of materials in the solid phase. By combining his powerful computational methods with experiments, Richard has made considerable contributions to areas as diverse as catalysis and mineralogy. His approach has also advanced our understanding of how defects — missing or extra atoms — in the structure of solids can result in non-stoichiometric compounds. Such compounds have special electrical or chemical properties since their contributing elements are present in slightly different proportions to those predicted by chemical formula. Richard’s work has offered insight into mechanisms of industrial catalysts, especially involving microporous materials and metal oxides. In structural chemistry and mineralogy. Simulation methods are now routinely used to predict the structures of complex solids and silicates, respectively, thanks to Richard’s demonstrations of their power. Richard was Foreign Secretary of the Royal Society from 2016 until 2021. He has for many years been involved in the exploitation of High Performance Computing in Modelling Materials.

Mike Bickle studied Natural Sciences as an undergraduate at Cambridge before completing a DPhil at Oxford on Alpine tectonics supervised by Ron Oxburgh. He then took a research fellowship at the then University of Rhodesia working on the Archaean geology of Zimbabwe and continued this with a NERC fellowship at Leeds. This work encompassed field mapping, description of some the oldest fossils then known and discovery and experimental work on the high-temperature komatiitic lavas found only in rocks older than 2500 Myr. He moved to a lectureship in West Australia from 1978 to 1983, continuing work on Archaean geology and then returned to Cambridge. Here he work on fluid flow through metamorphic rocks, mantle melting and more recently chemical weathering and the impact of the Himalayas on long term climate change as well as geological carbon storage.

Professor Michele Dougherty FRS is Professor of Space Physics at Imperial College London. She is the Principal Investigator of the magnetic field instruments on board the NASA/ESA Cassini-Huygens mission (which is in orbit around the Saturn system) and the ESA JUICE mission (to Jupiter and one of its moons, Ganymede) which will be launched in 2022. She was awarded the 2007 Institute of Physics Chree medal and the 2008 Royal Society Hughes medal for leadership on the Cassini mission and the discovery of a dynamic atmosphere at one of Saturn’s moons, Enceladus. She is presently Chair of the UK Space Agency’s Science Programme Advisory Committee.

Professor Evershed heads a large biogeochemistry group at the University of Bristol which has an international reputation for developing and applying state-of-the-art chromatographic and mass spectrometric techniques to obtain molecular and isotopic information from organic compounds in extant and extinct environments. His research is founded on a life-long fascination with the natural world and recognition early in his career of the potential of linking chromatography to mass spectrometry, in all their forms, to unravel the complex mixtures of compounds that exist in the environment. He has tirelessly promoted the idea of using molecular level information to understand the nature and functioning of ecosystems in the past and present.

Professor Sir John Lawton was Chairman of the Royal Commission on Environmental Pollution from 2005 until 2011, and formerly Chief Executive of the Natural Environment Research Council (1999-2005), and Director of the Centre for Population Biology at Imperial College (1989-1999). He trained as a zoologist at the University of Durham, and subsequently held posts at Oxford and York Universities. His scientific interests have focussed on the population dynamics and biodiversity of birds and insects, with emphasis over the last two decades on the impacts of global environmental change.

He was elected FRS in 1989, awarded a CBE in 1997 and knighted in 2005 for his contributions to ecological science. He has been awarded numerous other national and international prizes, including the Japan Prize 2004, and was elected as a Foreign Member of both the US National Academy of Sciences and the American Academy of Arts and Sciences in 2008. He is married to Dot, with two grown up children and five grandchildren.

"Ottoline Leyser is Professor of Plant Development and Director of the Sainsbury Laboratory at the University of Cambridge. Her research uses the control of shoot branching in Arabidopsis as a model system to understand plant developmental plasticity and the role of plant hormones in integrating endogenous and environmental inputs into developmental regulation. The aim is to understand how local and systemic signalling mechanisms give rise to environmentally sensitive shoot system architectures, an endeavour that is increasingly dependent on computational modelling to understand the dynamic networks involved.

Wolfson Chair in Materials, University of Oxford, and Physical Secretary and Vice-President, The Royal Society

Wolfson Chair in Materials, University of Oxford, and Physical Secretary and Vice-President, The Royal Society

Peter Bruce is Wolfson Professor of Materials at the University of Oxford. His research interests embrace materials chemistry and electrochemistry, with a particular emphasis on energy storage. Recent efforts have focused on the synthesis and understanding of new cathode materials for lithium and sodium ion batteries, understanding processes in all solid-state batteries and the challenges of the lithium-air battery. His pioneering work has provided many advances.

Peter has received numerous awards, including the Tilden Prize of the RSC, the Carl Wagner Award of the ECS, the Liversidge Award of the RSC and the Hughes Medal of the RS. He has also been recognised as a Highly Cited Researcher by Clarivate Analytics each year since 2015.

Peter is a founder and Chief Scientist of the Faraday Institution, the UK centre for research on electrochemical energy storage. Peter took up the position of Physical Secretary and Vice President of the Royal Society in 2018.