Can you spare 10 minutes to help us improve our website?
Yes I can helpNo thanks
Skip to content
History of science

Explore how this influential novel was inspired by science in the 19th century.

Add to Calendar 02/21/17 06:30 PM 02/21/17 08:00 PM United Kingdom (GMT) Frankenstein: inspiring the monster <p>Explore how this influential novel was inspired by science in the 19th century.</p> The Royal Society, London, SW1Y 5AG
Back to events
Copy linkCopied to clipboard Facebook Twitter
Jump to
Overview

View a presentation on how Frankenstein was inspired by science in the 19th Century when using electricity was just a novel concept.

Explore how this influential novel was inspired by science in the 19th century.

The tale of a curious scientist who creates a sapient but grotesque Creature in a scientific experiment gone wrong has shaped science fiction writing for generations. Written by Mary Shelley in 1818, it defined a whole new genre of literature, but what was the inspiration behind her legendary story?

We joined an expert panel to journey back to a time when using electricity was a novel concept, curiosity and research went hand in hand, and unorthodox scientific experimentation was the norm. Attendees discovered how the public perception of research and eminent scientists of the time influenced Shelley to unleash her Monster on the world. 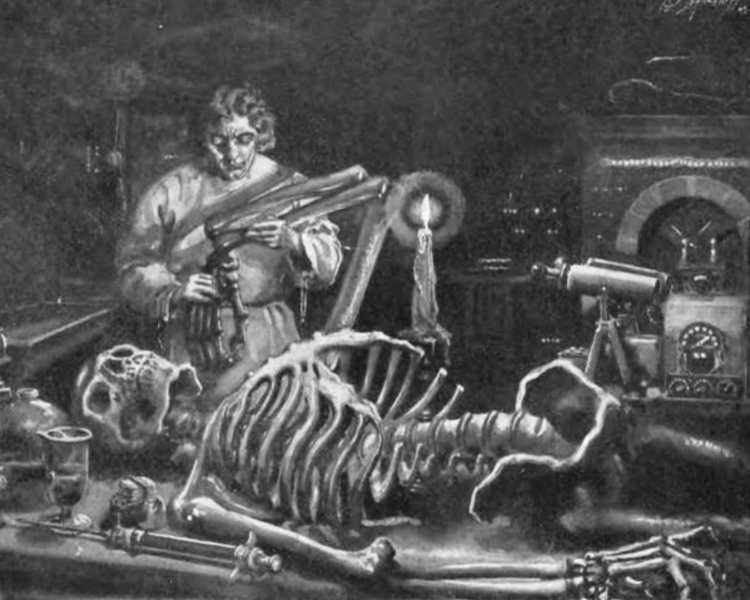 Frankenstein at work in his laboratory: plate from a 1922 version of Mary Wollstonecraft Shelley’s great novel.