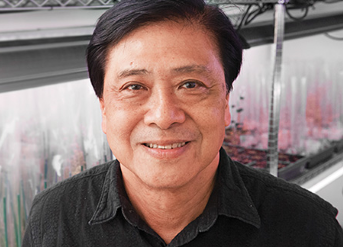 Professor Nam-Hai CHUA is the Andrew W. Mellon Professor and Head of the Laboratory of Plant Molecular Biology at Rockefeller University, USA. He is a fellow of the Royal Society of the United Kingdom, a Foreign Academician of the China Academy of Sciences and of the Academia Sinica in Taiwan. 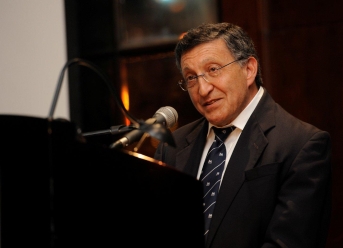 Dr Bernard Fanaroff was the Project Director of the South African Square Kilometre Array Telescope Project from its inception in 2003 until the end of 2015, and now works part-time as an adviser to the project. He is the co-chair of the BRICS Working Group on ICT and High Performance Computing.

He holds a PhD in Radio Astronomy from Cambridge University and honorary doctorates from six South African universities, and was a Visiting Professor in Physics at Oxford University. He has been awarded the national  Order of Mapungubwe and has served on the boards of Eskom SOC and the South African National Biodiversity Institute.

In 1994 he was appointed Deputy Director General in the Office of President Mandela and the Head of the Office for the Reconstruction and Development Programme. From 1997 he was the Deputy Director General of Safety and Security, Chairman of the Integrated Justice System Board and Chairman of the Inter-Departmental Steering Committee for Border Control.

He was for eighteen years National Organiser and National Secretary of the Metal and Allied Workers Union and the National Union of Metalworkers of South Africa.
He is the first author of the Fanaroff-Riley classification of radio galaxies and quasars. 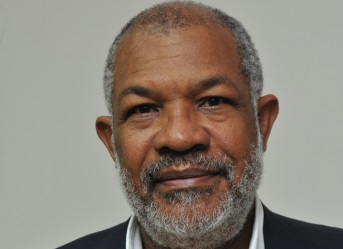 Terrence Forrester is Professor of Experimental Medicine at the University of the West Indies (UWI). He is Chief Scientist at UWI Solutions for Developing Countries (UWI SODECO) and pursues a longstanding interest in the etiology and pathogenesis of cardiovascular disease, primarily hypertension. This work has been significant in the Caribbean and West African contexts, given the high and rising prevalence of hypertension in both and the high death rate from cardio-metabolic disease in the Caribbean.  Prior to setting up UWI SODECO in 2011 he was founding Director of the Tropical Medicine Research Institute at UWI.

Since 1999, he has received 18 significant research grants to better understand the underlying basis of hypertension and cardiometabolic risk with a focus on populations with intergenerational undernutrition. In particular he has been pursuing discovery research to understand how man adapts to nutritional stress and the costs and consequences of such adaptation to the later risk of obesity, hypertension and insulin resistance. The three areas of work contributing to understanding the aetio-pathogenesis  involved are intermediary metabolism in children with severe malnutrition, epidemiology and mechanisms of hypertension , and research into the developmental origins of health and disease.

Professor Forrester has received several awards in recognition of his work. In 2003, he received the Vice Chancellor’s Award for Excellence in Research at UWI. In 2006, he was the recipient of the prestigious Anthony N. Sabga Caribbean Awards for Excellence, one of the Region’s leading recognition programs. That same year, the inaugural Caribbean Laureate also earned the Boehrigher Ingleheim Award for Hypertension Research in Developing Countries. In 2010 he was awarded the Gold Musgrave Medal for excellence in science and in 2012 received national honours, The Order of Jamaica for research in medicine. In 2016 he was elected a Fellow of The World Academy of Sciences.

He has served in an advisory capacity to several health organisations, including the Caribbean Community’s Caribbean Commission of Health and Development, the Caribbean Health Research Council, the International Atomic Energy Agency, the International Society of Hypertension, the Pan American Health Organization (Advisory Committee on Health Research), the United Kingdom Medical Research Council, U.S. Centers for Disease Control and Prevention, and the World Health Organization. Professor Forrester was a member of the board of the Pan American Health and Education Foundation in 2009-2013. He is a current member of the WHO expert advisory group on Ending Childhood Obesity. 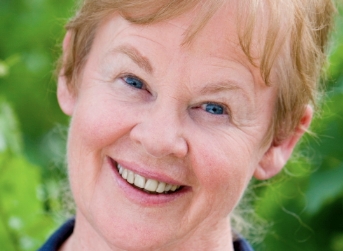 Jenny Graves is an evolutionary geneticist who works on Australian animals, including kangaroos and platypus, devils (Tasmanian) and dragons (lizards). Her group uses their distant relationship to humans to discover how genes and chromosomes and regulatory systems evolved, and how they work in all animals including humans. Her laboratory uses this unique perspective to explore the origin, function and fate of human sex genes and chromosomes, (in)famously predicting the disappearance of the Y chromosome.

Jenny received her BSc and MSc from Adelaide University, then a Fulbright Travel Grant took her to the University of California at Berkeley, where she completed her PhD in molecular biology. She joined La Trobe University (Melbourne) in 1971 and worked there for many years before moving to the Australian National University (Canberra) in 2001, where she founded the Comparative Genomics department and directed the ARC Centre of Excellence in Kangaroo Genomics. She returned to La Trobe as Distinguished Professor in 2011, and also is Professor Emeritus at ANU, Thinker-in-Residence at Canberra University and Professorial Fellow at the University of Melbourne. Jenny has produced three books and more than 400 research articles. She has received many honours and awards, including the Academy’s Macfarlane Burnet medal in 2006 and an AO in 2010. She is a Fellow of the Australian Academy of Science, and was on the Executive for 8 years, first as Foreign Secretary, then as Education Secretary with responsibility for the Academy's science education projects. She is 2006 L’Oreal-UNESCO Laureate for Women in Science. 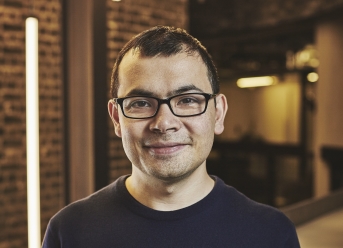 Demis Hassabis is the founder and CEO of DeepMind, a neuroscience-inspired AI company, bought by Google in Jan 2014 in their largest European acquisition to date. He leads projects including the development of AlphaGo, the first program to ever beat a professional player at the game of Go.

After a decade of experience leading successful technology startups, Demis returned to academia to complete a PhD in cognitive neuroscience at UCL, followed by postdocs at MIT and Harvard, before founding DeepMind. His research connecting memory with imagination was listed in the top ten scientific breakthroughs of 2007 by the journal Science. Demis is a 5-times World Games Champion, a Fellow of the Royal Society of Arts, and the recipient of the Royal Society’s Mullard Award and the Royal Academy of Engineering's Silver Medal. 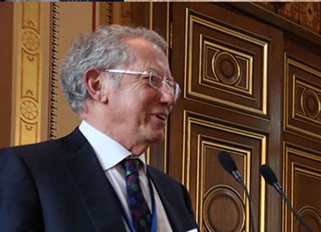 He was born in Durban, educated at St John’s College Johannesburg and at Witwatersrand University, graduating with an Honours degree in Chemistry and a PhD. He has received 23 Honorary Degrees from universities around the world.

He was the UK Government Chief Scientific Adviser from 2000 to 2007.  He raised the need for governments to act on climate change and was instrumental in creating the UK's £1 billion Energy Technologies Institute. He created an in-depth futures process which advised government on a wide range of long term issues, from flooding to obesity. From 2013 to 2017 he served in the British Foreign Office as the Foreign Secretary’s Special Representative on Climate Change, making 96 official country visits over this period.  He initiated the Climate Change - A Risk Analysis project with China and India over this period and was the thought leader behind Mission Innovation, the $30bn pa  international thrust in Research funding for missing technologies needed to defossilise the global economy.

He was Member, the President’s Advisory Council , Rwanda, and Science Advisor to UBS, 2008-12.  He served as Founding Director of the Smith School of Enterprise and the Environment at Oxford University, 2008 – 2012, Head of the Department of Chemistry at Cambridge University, 1993 – 2000, and Master of Downing College Cambridge 1995 – 2000.

He has published over 500 papers on surface science and catalysis and on science and policy, for which he has received many awards, medals etc.
Elected Fellow of the Royal Society in 1991; Foreign Fellow of the American Academy of Arts and Sciences in 2002;  knighted in 2003;  made Officier dans l’ordre national de la Légion d’Honeur in 2009. 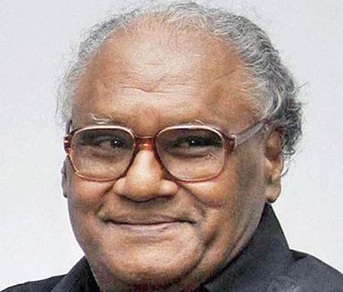 Professor C.N.R. Rao is Honorary President and Linus Pauling Research Professor at the Jawaharlal Nehru Centre for Advanced Scientific Research. He is also an Honorary Professor at the Indian Institute of Science. C.N.R. Rao obtained his PhD degree from Purdue University and DSc degree from the University of Mysore. His main research interests are in solid state and materials chemistry. He has authored nearly 1500 research papers and edited or written 42 books in chemistry. Prof. Rao is a member of many major science academies including the Royal Society and the US National Academy of Sciences, French Academy, The Japan Academy and the Pontifical Academy of Sciences. He is the recipient of the Einstein Gold Medal of UNESCO, Hughes Medal of the Royal Society, and the Somiya Award of the International Union of Materials Research Societies (IUMRS). He is a distinguished visiting professor of the University of California. 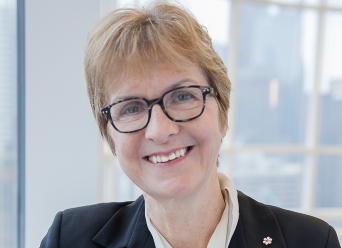 Janet Rossant, CC, PhD, FRS, FRSC is Senior Scientist and Chief of Research Emeritus at the Hospital for Sick Children in Toronto and President and Scientific Director of the Gairdner Foundation. She is an internationally recognized developmental and stem cell biologist, exploring the origins of stem cells in the early embryo and their applications to understanding and treating human disease. She led the research institute at the Hospital for Sick Children from 2005 to 2015. She has received many honours and recognition for her work, including four honorary degrees, and election to the Royal Societies of London and Canada, and the National Academy of Sciences, USA. 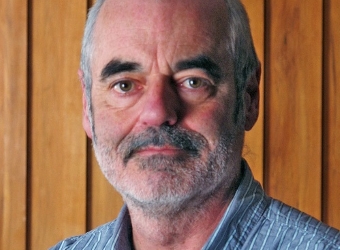 David Spiegelhalter is a statistician who has pioneered the modelling of risk in medical contexts. He has brought statistical methodology into the heart of clinical performance monitoring and has worked extensively to improve general understanding of mathematical uncertainty.

David’s statistical work has also resulted in major innovations in artificial intelligence. His primary contribution to this field was the development of the Lauritzen–Spiegelhalter algorithm, which broadened the scope of machine learning to include exact probabilistic reasoning.

An expert on medical statistics, David has played a leading role in a number of public inquiries and was part of the Joint British Societies team that developed revised guidelines for cardiovascular care. He is also a popular and respected communicator of scientific concepts and has written numerous books and newspaper articles explaining the nature of risk, uncertainty and statistics.