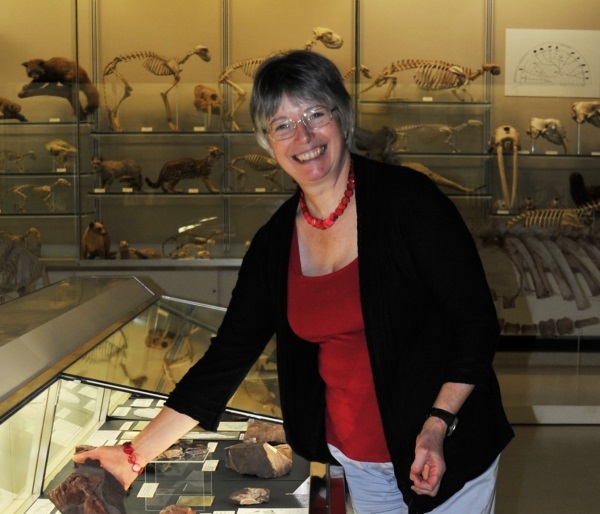 Jennifer Clack is a professor of palaeontology at Cambridge University. She has had a long and spectacularly successful career, culminating in being elected to the fellowship of the Royal Society. Jenny was also my PhD supervisor during the early 1990s. At that time, while I plodded on with my work on sauropod dinosaurs, Jenny and her research associate Michael Coates, made groundbreaking discoveries with regard to the “invasion of the land” by vertebrates that occurred somewhere around 360 million years ago. Jenny and Mike studied fossils from East Greenland, and with the new information they turned upside down our understanding of how fish became land-dwellers (and ultimately gave rise to ourselves). The traditional view back then was that fish crawled up onto land and then evolved the limbs and other structures they needed; Jenny and Mike showed that limbs had actually evolved in water first for other reasons and were only later co-opted for walking. Although this is Jenny’s most famous scientific contribution, she has published numerous other papers and has been a major driving force in revolutionising our understanding of the early phases of vertebrate evolution on land. She has always encouraged and supported the careers of her students, and I am very grateful for all of the guidance and help she has given me throughout my career.

Paul Upchurch is Professor of Palaeobiology at the Department of Earth Sciences, University College London. His research interests include the evolution of dinosaurs and other terrestrial vertebrates during the Mesozoic Era. He also works on theoretical and methodological issues relating to the construction of evolutionary trees, the analysis of diversity patterns through time, and the biogeographic distributions of ancient biotas. Paul has a visual impairment that impacts virtually all aspects of scientific research, teaching, and everyday living. He is therefore interested in diversity issues in academia, with a special focus on disability. He is currently a member of the Diversity Committees of the Society of Vertebrate Paleontology and the Royal Society, and he became Head of the Department of Earth Sciences in 2018.