When Daisy Shearer was diagnosed as autistic in adulthood, all her struggles began to make sense. Now, adjustments and acceptance are helping Daisy to pursue her career in quantum physics. 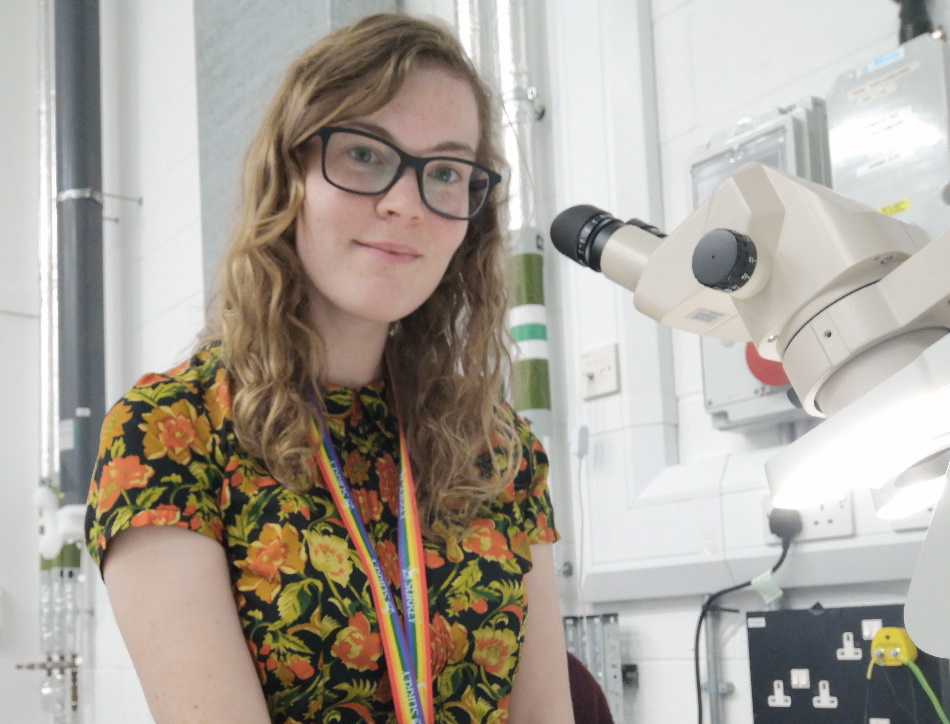 Daisy Shearer was a high-flyer at school, but one very particular topic captured her imagination.

"We had a lesson during GCSEs talking about electron orbitals and 'spin'. I was instantly fascinated, and hooked on quantum mechanics."

Such was her passion, she became known as 'the physics one' among her friends. When the time came for university applications, Daisy picked an MPhys at the University of Surrey. However, while her ambition was clear, she was struggling to cope day-to-day.

"I was a mess, socially. I never understood the rules. I didn’t know how much you needed to look at people when you were talking, I often went on and on about a certain topic, I would never know when it was my turn to speak and often accidentally spoke over people."

Overwhelmed and confused, Daisy closed herself off and became very quiet. She developed anxiety and depressive disorders, and missed several months of her AS year. This, combined with difficulty coping with exams, took a toll on her grades.

"I found that when I had to sit exams in large halls, I had a lot of trouble with focusing, and panicked as everything was just 'too loud'."

Daisy just scraped through her A levels, and Surrey adjusted their offer to a place on the BSc Physics course, instead of the Masters she’d set her sights on.

Despite her difficulties, at university Daisy discovered a love of research and excelled as an experimentalist. She did well enough to upgrade to the MPhys, and thrived in the research environment during an internship at the Centre for Integrated Photonics just before her final year.

At this time, a family member was diagnosed with Autism Spectrum Disorder (ASD), and Daisy began reading up.

"What I was reading was pretty much how I experienced things and I identified heavily with the experiences of many girls on the spectrum. Eventually it was confirmed that I have ASD. It was such a validating experience; everything fell into place and I was finally allowed to accept me for who I am."

By now, her heart was set on a career in research, and in 2018 Daisy began a PhD in semiconductor spintronics at the University of Surrey. Her research centres on developing a new way to construct nanostructures of semiconductor materials while controlling the spin state of their electrons, for applications such as quantum computing.

Since diagnosis, Daisy has begun to identify why she feels and does certain things. Under stress, she often withdraws, becoming non-verbal for periods as she did back in sixth form. She finds it difficult knowing how to connect with people, compounded by a slight auditory processing delay that makes verbal communication more difficult. She is very sensitive to sound; sounds that most people wouldn’t notice, Daisy perceives as loud as someone talking next to her.

Like many autistic people, Daisy has special interests that she uses to soothe her mind.

"I can spend many hours researching applied quantum physics without eating or even realising I need to go to the loo. This is called hyperfocus, and it's something seen in many neurodivergent people. I retain a lot of information about my special interests, which can be a big bonus if it's linked to your career."

In the workplace, Daisy benefits from a non-medical helper, funded by her Disabled Students' Allowance. They have introduced some adjustments, including creating her own sensory room.

"It helps me to go onto campus even on days when I otherwise wouldn't be able to face the sensory onslaught of the train journey, and working in an open office. I know that when I arrive, I can turn the lights out and decompress in the room. It's a massive help."

Despite the academic challenges and mental health issues that Daisy still struggles with, she’s been able to embrace the good things about her autism.

"I believe it's why I am so precise, thorough, and logical, which are all excellent traits for a scientist. I make connections that the neurotypical brain might not be able to. It gives me a different insight into my work.

"Science really suits a lot of neurodivergent people. With the right support and adjustments, we can really thrive, and bring something unique to the table."

Daisy has begun to celebrate and showcase this uniqueness, in her project Neurodivergent in STEM. Here, and via the project's social media, she shares the stories of people with a wide range of neurodivergence who work in science.