Drawn to geology and far-flung places from childhood, David Cornwell is a born Earth scientist. He doesn't let type 1 diabetes get in the way of his scientific adventures, despite its significant impact on his day-to-day life. 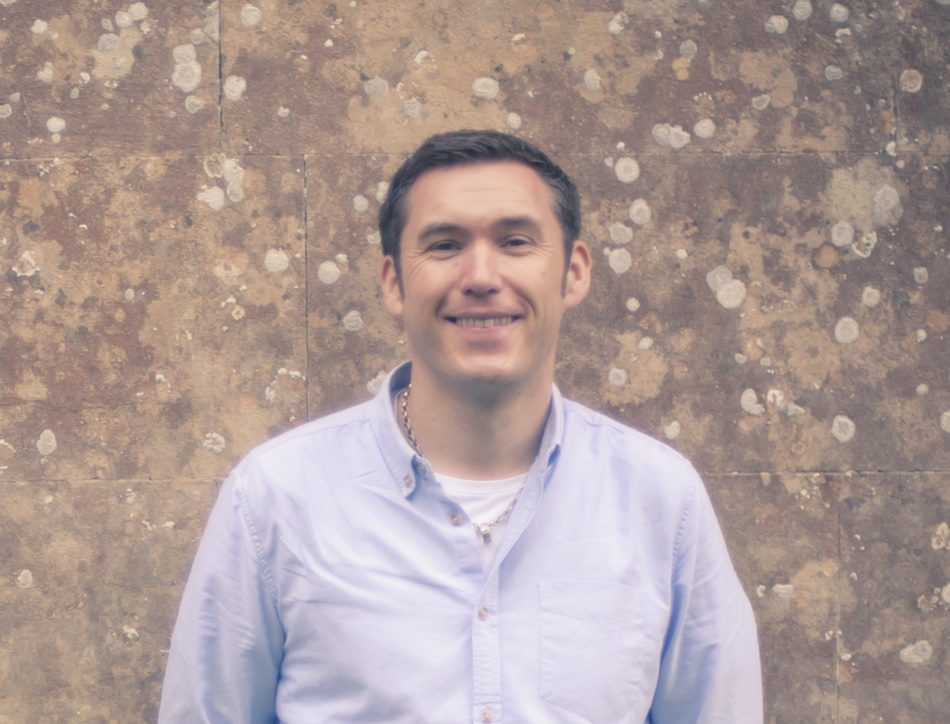 Inspired by the Earth

Growing up on a farm in Wales, David Cornwell was more interested in the outcrops of limestone than the sheep that grazed around them. One of his first phrases as a toddler was "solid rock", and his fascination with the Earth never stopped.

"We had one lesson on volcanoes and geophysics when I was doing my GCSEs and that really inspired me. That you could make measurements to understand how the Earth works, and that the examples were all around the world in these mystical places. I chose geology, physics and maths A levels on the back of that."

At around the same time, and completely out of the blue, David was diagnosed with type 1 diabetes. His pancreas was no longer producing insulin, which is essential for enabling the body to process sugar to produce energy. Daily life now involved pricking his skin regularly to check his blood sugar, counting carbohydrates in everything he ate, and injecting insulin.

"It was hard, but I listened to what I was told and just did the best that I could."

Only when he spoke to a school careers advisor did David consider if his type 1 diabetes would impede him.

"They said, 'Ah well I notice you're diabetic, well you won’t be able to do this, this and this.' I think my philosophy was to prove them wrong, and that’s stayed with me."

After completing his degree in Geophysics at the University of Leicester, David volunteered with the US Geological Survey in Menlo Park, California.

A master’s degree followed, then some world travel, during which David received a call asking if he would help deploy seismometers in the continental rift zone in Ethiopia. He jumped at the chance, and ended up doing his PhD based on the data collected.

As a postdoctoral research and teaching fellow at the University of Leeds, David carried out research on the North Anatolian Fault in Turkey. Understanding this fault is critically important, due to its proximity to Istanbul. David imaged the size and depth of the fault and analysed its seismic activity to help predict the likely magnitude and location of future earthquakes, which can be used to inform building codes.

In 2013, David moved to the University of Aberdeen, where he's helped set up an MSc programme in Geophysics. Setting his own teaching and research schedule means David can work around his diabetes to some extent. However, the condition is unpredictable, and can be inconvenient.

"There are dozens of factors that affect how blood sugars will go. Exercise, the weather, stress levels, tiredness, general health, all play a part. I can have between one and 10 instances of high blood sugar a week. It feels like a hangover; I can't concentrate, I'm achy and have bad short-term memory for usually two or three hours. I can really only do basic admin tasks. When my sugars go too low, I can't really do very much, I'm wobbly and anxious."

David estimates that up to 30% of his week can be taken up with dealing with his diabetes in some way, and the academic system doesn't make many allowances for people with chronic conditions.

"I ask meetings not be held at lunchtimes, that just doesn't work for me. But usually it's just up to me to do the best I can. The most frustrating time for me is if I've fought really hard to isolate an afternoon to do some writing, and then my sugar level goes up or down so I lose that time."

Despite the daily challenges, David says he's never let his diabetes stop him from doing what he wants in science, and he encourages young people with chronic conditions to go for it.

"I've learned that everyone has things that hold them back, but try not to be too hard on yourself when you don't quite do as much as you see others doing. Just be the best of yourself that you can be. The beauty of science is that it's all about looking at things in new ways. Your perspective may be different from other peoples – maybe because of your condition or not – and that enriches science."