Dorothy Hodgkin was awarded the 1964 Nobel Prize in Chemistry for solving the atomic structure of molecules such as penicillin and insulin, using X-ray crystallography. Generous, humble and hard-working throughout her half-century long career, she was undeterred by the rheumatoid arthritis that affected her from her late twenties. 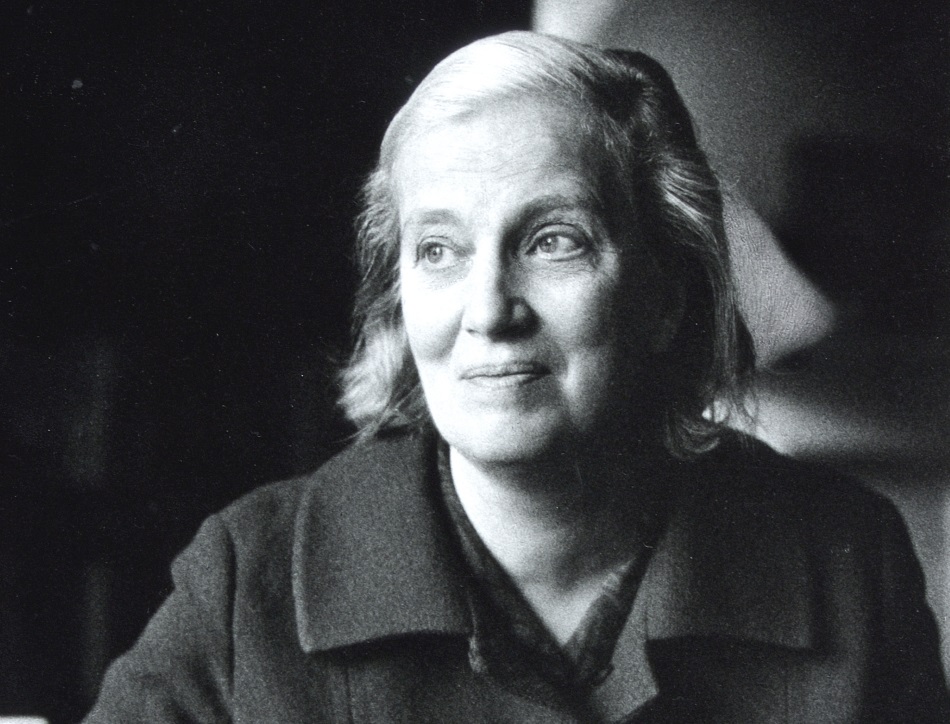 Dorothy Hodgkin’s love of science was triggered at a young age. In Egypt and the Sudan, where she spent her early years, Dorothy’s energetic and academic parents introduced her to subjects ranging from archaeology to botany.

Back in England, aged 10, she attended classes run by the Parents National Educational Union. The science syllabus extended beyond that taught by mainstream schools of the time, and included interesting practical work. In chemistry, Dorothy and her classmates made solutions of alum and copper sulphate from which, over time, fascinating crystals emerged. Those simple experiments sowed a seed in Dorothy:

“I was captured for life by chemistry and by crystals.”

She created a personal laboratory in an attic room of the family home in Beccles, Suffolk. Here she gathered natural history specimens and performed analyses on such things as garden soil, using a treasured chemistry set given to her by a family friend.

In 1928, Dorothy embarked on a degree in chemistry at Somerville College, Oxford. During her fourth-year she opted for a research project to investigate the crystal structure of dimethyl thallium halides, and this provided the launchpad into a career in crystallography.

As a postgraduate, Dorothy was accepted into J.D. Bernal’s lab in Cambridge, where she gained a PhD in the crystallographic investigation of steroid crystals. The untangling of structures of biologically-important substances was to become her life’s work.

It was during her PhD, in 1934, that Dorothy first visited a consultant about pain in her hands. He observed ‘ulna deviation’ – a hand deformity caused by swelling in the knuckle joints – and prescribed rest, which Dorothy put off in order to finish some experiments.

That same year Dorothy returned to Oxford to take up a position at Somerville. She remained in Oxford for most of her working life.

The initial target of Dorothy’s pursuit of molecular structures in Oxford, was the hormone insulin. She described it as an “impossibly complex” quest, and one from which she was deflected by other priorities over the years.  In fact, it took more than three decades to resolve the complete structure.

In 1938, aged 28, with a new baby and a blossoming research career, an infection triggered Hodgkin’s first attack of rheumatoid arthritis.

“I found I had great difficulty and pain in getting up and dressing. Every joint in my body seemed to be affected.”

After a few weeks’ treatment at a specialist clinic, Hodgkin returned to the lab. There she found her hands had been so affected that she could no longer use the main switch of the x-ray equipment required in her experiments. Undeterred, she had a long lever made for the switch, and carried on with her research.

Over the following decades – barring an acute attack requiring convalescence after the birth of her third child in 1946 – arthritis does not appear to have held Hodgkin back. Her focussed pursuit of structures was unerring and she built up an impressive portfolio of work. This included being the first to completely determine the structure of a complex organic molecule (cholesterol) by X-ray crystallography. When her painful condition recurred, she took aspirin and had heat treatment on her hands.

In 1941, Dorothy was aware of the urgent and secret wartime effort to refine the use of antibiotics by determining the structure of penicillin. She wrote of being “irresistibly drawn to inject myself into the situation” and proceeded to solve the structure in 1945 – coinciding with the end of the Second World War.

Sitting on the steps of the Royal Society, Dorothy told J.D. Bernal – her past PhD supervisor and great friend – about her breakthrough. When Bernal correctly predicted that Dorothy would receive the Nobel Prize for this work, Dorothy replied that she would far rather the discovery pave her way for election as a Fellow of the Royal Society. Bernal joked “that’s more difficult”.

The structure of vitamin B12 and organisational insights into various proteins followed. Then, in 1969, when Dorothy was in her late 50s she finally got the measure of insulin. The climax of decades of research was an exciting three-day marathon in which Dorothy and two of her team finished the model. Dorothy worked with tireless concentration despite the swelling in her ankles being so severe that she was forced to wear slippers while she worked.

The life of a Laureate

Despite Bernal’s joke, Dorothy Hodgkin was elected as a Fellow of the Royal Society in 1947. She received the Royal Medal in 1956, and the Order of Merit in 1965.

She remains the only British woman to be awarded a Nobel Prize for science. This came in 1964, when she became the sole recipient of the Prize for chemistry ‘for her determinations by X-ray techniques of the structures of important biochemical substances’.

Although already an internationally respected scientist, the award immediately and significantly increased Dorothy’s commitments and invitations to attend and speak at conferences and events all around the world.

Despite her worsening arthritis, Dorothy gave her time and expertise generously and enthusiastically, and kept up a demanding global schedule for the rest of her life. She often took a family member with her to help on trips, and used a wheelchair to move between sessions at conferences when walking became too slow and painful.

Dorothy Hodgkin retired from public life in 1988, and died in 1994. As well as being a pre-eminent scientist, Dorothy was a kind, humble, and generous individual. The regard for her held by her friends and colleagues was summed up by long-time collaborator Max Perutz, at her memorial service:

“She radiated love: for chemistry, her family, her friends, her students, her crystals and her college … Her love was combined with a brilliant mind and an iron will to succeed, regardless of her frail and later severely crippled body. There was magic about her person.”