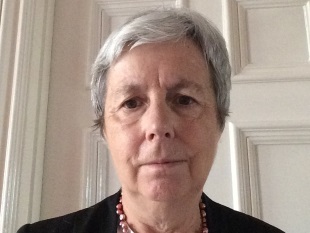 The Kavli Education Medal is awarded for impact in the field of science, mathematics or computing education. The medal is awarded biennially, is of bronze gilt and is accompanied by a gift of £1,000.

Professor Alice Rogers OBE has been awarded the Kavli Education Medal 2018 for her outstanding contributions to mathematics education. She has been able to combine her academic work with meaningful collaborations with teachers and young people, sat on committees, written key reports, and engaged with educational authorities with the utmost of clarity, patience and attention to detail, working both tirelessly and quietly.

Professor Rogers credibility spans across a wide spectrum including professional mathematicians, policy makers, school teachers and pupils. Her track record showcases the ongoing commitment and involvement she has had with schools, and particularly those which serve young people from more disadvantaged backgrounds.

‘I am delighted that Professor Alice Rogers is this year's Kavli Medal winner. Professor Rogers' experience as secondary school teacher early in her career and later as a gifted academic mathematician, together with her quiet determination, have allowed her to make truly outstanding contributions to mathematics education.’

On receiving the news of her award, Professor Alice Rogers OBE said:

‘I feel happy that my efforts for education in Mathematics have been recognised, while knowing that this has been part of a collective enterprise where colleagues at King’s College London, ACME and the London Mathematical Society have also of course made enormous contributions.’

‘I believe that after many years as a practitioner, teaching Mathematics at every level from year 7 in secondary school to masters and doctoral level, I was able to make a useful contribution to policy development in Mathematics education as a member of ACME and as Chair of the Education Committee of the London Mathematical society. I am also pleased to have been able to set up a widening participation scheme for A-level Mathematics students at King’s College London, and to have been involved in establishing the King’s College London Mathematics School.’

Professor Alice Rogers OBE read Mathematics at New Hall, University of Cambridge from 1965 to 1968, and in 1969 obtained a PGCE at Hughes Hall, University of Cambridge. From 1969 until 1976 she taught Mathematics in various secondary schools, including Tulse Hill School in Lambeth and Harrow County School for Boys. In 1977, following the birth of her first child, she began studying for a PhD in Theoretical Physics at Imperial College, interrupting for the birth of her second child in 1980. In 1981 she completed her thesis on ‘Supermanifolds’ which are generalisations of standard geometry used in physical theories with symmetries.

After postdoctoral research at Imperial College, in 1983 Alice Rogers came to King’s College London as a Research Associate under Professor John Taylor in the Department of Mathematics. Subsequently she held a SRC Advanced Research Fellowship and a Royal Society University Research Fellowship, and then permanent positions as lecturer, reader and professor. She is currently an emeritus professor and honorary senior research fellow. Particular roles at King’s include a period as chair of the department’s teaching committee; from 2001 to 2004 she was head of the Mathematics department.

From 2008 to 2011 Alice Rogers was a member of ACME, and from 2012 to 2017 Chair of the Education Committee of the London Mathematical Society. In 2011 she set up the King’s Factor, a widening participation scheme for A-level Mathematics students, and since 2012 she has been involved as a founder governor of the King’s College London Mathematics School.

Dr Becky Parker MBE was awarded the Kavli Education Medal 2016 for founding the Langton Star Centre for school children to perform authentic research in the sciences and her encouragement for other teachers to undertake creative and experimental research with their pupils.