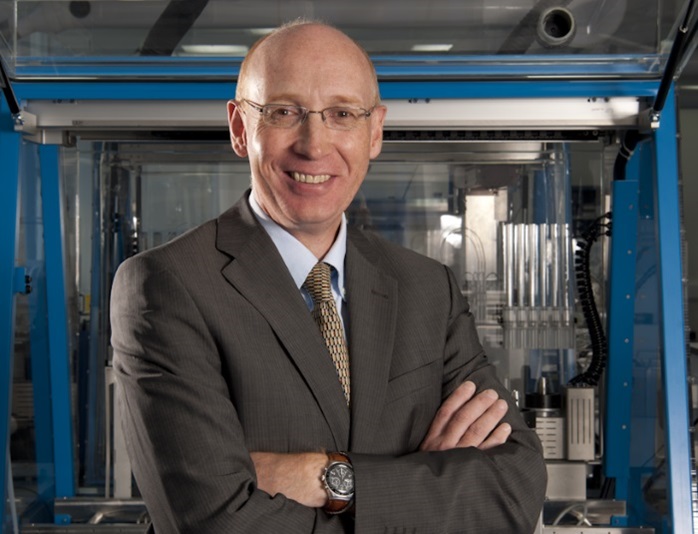 Having transitioned mid-career from a senior role with Unilever to a Chair at The University of Liverpool, Professor Steve Rannard has found his academic role allows investigation of a broader range of science and is more compatible with leading spin-out ventures: “Investors are more easily accepting of an academic having many roles such as Chief Executive Officer and Chief Scientific Officer of a small company alongside a senior academic position but are confused if this overlaps with a senior industrial role.”

Steve worked as a polymer chemist for sixteen years across multiple fields within industry, spending nine years in senior research roles with Unilever. When his work generated patents with greater potential within pharmaceuticals than in home and personal care or foods, Unilever Ventures supported the creation of IOTA NanoSolutions Ltd as a new start-up. He also co-founded Hydra Polymers Ltd through this route.

His success with both his main role and the spin-out meant Steve effectively had two full-time jobs at once: “In time, business investors began to question the situation, believing the Unilever role would naturally take priority. When I became Professor of Chemistry at The University of Liverpool in 2007, new business investors saw this as less of a conflict of interests,” he explained.

Having felt he was potentially ‘an academic trapped in industry’ throughout his early industry career, now, with nearly 150 co-authored scientific outputs, multiple collaborations and a productive research team behind him, Steve still finds he is often considered to be the ‘industry man’: “While I am entirely happy with my career path and enjoy the clinical perspective of my current research, I do now feel that I may be ‘an industry man in an academic world’. I am baffled by the lack of apparent value accrued by patented inventions within academic circles; although this seems to be an area that is changing recently as research impact grows in importance.”

Steve believes the pressures on academia have changed considerably: “Multidisciplinary teams in industry automatically create a collaborative culture that is beneficial to productivity and scientific progress. This approach is highly relevant within the current academic climate where the borders between disciplines have blurred somewhat.”