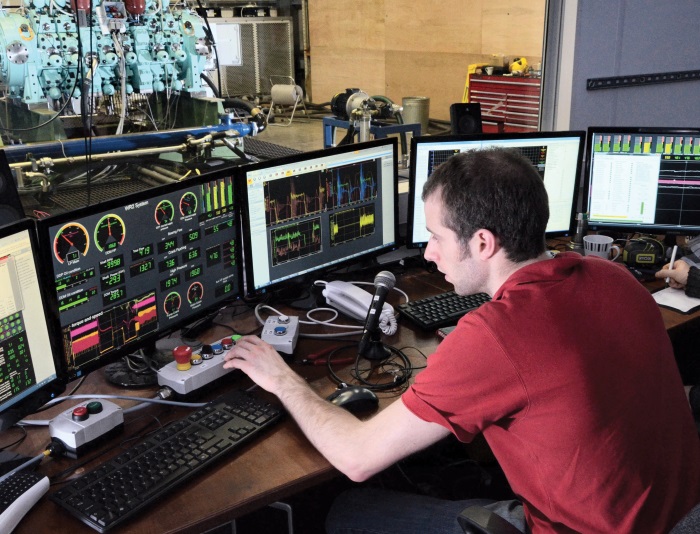 Artemis Intelligent Power grew out of wave and tidal energy research initially carried out at the University of Edinburgh. In 2010 the SME was acquired by Japan’s Mitsubishi Heavy Industries and through this investment it continues to grow. In 2014 the company’s unique Digital Displacement®  hydraulics technology was installed in Scotland’s first offshore wind turbine test facility at Hunterston in North Ayrshire.

The UK is the undisputed global leader in marine energy, with more test devices in UK waters than the rest of the world combined. If properly exploited, offshore power could deliver up to 20 per cent of current UK electricity needs and contribute over £15 billion to the UK economy to 2050.

The technology that Artemis has commercialised started with engineering innovations from the  University of Edinburgh’s marine energy group. This work aimed to improve the energy output of wave and wind machines through better power transmission. Their Digital Displacement® hydraulic systems function like a gearbox, but are able to handle irregular power levels more efficiently and can be controlled digitally. As well as wind and marine energy, the technology can be applied to on and off-road vehicles and industrial machinery. Professor Win Rampen says the company started life in an old university portacabin, as did several other ventures; “the work carried out there was  responsible for raising about £200m worth of inward investment” he says. To start with they worked at the University, mostly “under the radar” but having access to tools and students helped them to develop their prototypes.

Artemis was created in 1994, initially licensing their technology to strategic partners for a number of applications including wind turbines. Managing Director Dr Niall Caldwell explains “that income was able to unlock matching funding from the Carbon Trust, Energy Saving Trust, DECC, Innovate UK and the Scottish Government”. They finally left the University in 2008 and in 2010 Mitsubishi Heavy Industries became interested, Dr Caldwell says, due to the wide range of applications for their highly innovative power transmission solution.

Working with Mitsubishi, Artemis, now with 50 employees, is making the largest hydraulic drives in the world. As well as the Hunterston project, Artemis is applying its technology to a 7-megawatt floating turbine being tested off the coast of Fukushima in Japan. Professor Rampen says “the day to day running of Artemis has changed little since we were bought by Mitsubishi, but their investment has given our systems limitless potential. Rather than being the captains of a small yacht on the high sea, we are now in the engine room of a giant super-tanker.”