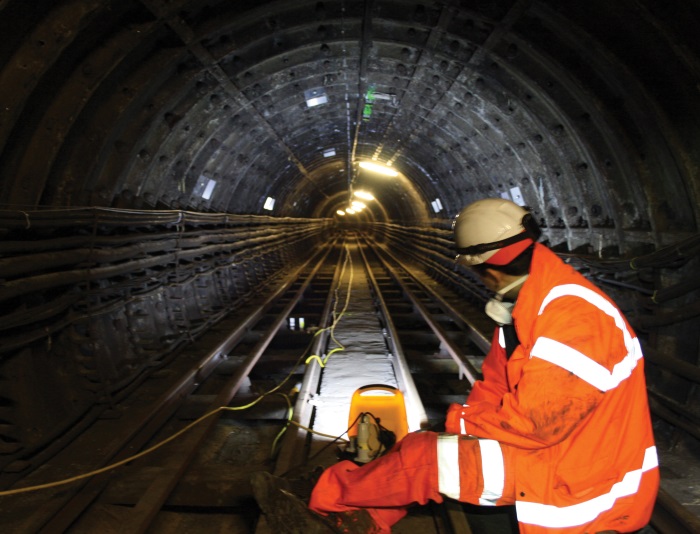 Set to open in 2018, London’s new rail line, Crossrail, is the largest infrastructure project in Europe, comprising 42km of tunnels. The project will increase London’s rail capacity by at least 10%, but it has presented numerous engineering challenges. One of these is ensuring the surrounding underground infrastructure is not damaged by construction of the new tunnels. Engineering consultants Arup have been working with the University of Cambridge to improve this monitoring using novel image processing technologies, designed with the University’s Centre for Smart Infrastructure and Construction (CSIC).

The CSIC was created in 2010 to work on innovative sensor technologies with the construction industry, which employs around 2 million people and contributes almost £100 billion to the UK economy.3 Arup Associate Director, Mike Devriendt has been working with CSIC researchers to develop and apply new solutions for complex problems like those found in constructing Crossrail. Together they developed a system that uses ‘computer vision’ to monitor movement of the tunnels – where tiny changes are detected by analysing individual image pixels.

Their new sensing system has been deployed in the ‘smart tunnel project’ on which Arup, the CSIC and Crossrail are working together. The system provides real-time monitoring of a 30-metre stretch of the Royal Mail tunnel, which was once used to carry post across London. The century-old, twenty-five metre deep tunnel, now sits directly above the newly constructed Crossrail tunnel under  London’s Liverpool Street station.

The solution the team provided costs 90% less than traditional methods and has proven itself more effective, as Devriendt explains: “using our method has the advantage of providing more information, as being able to look at images can help to better understand what’s going on.” The collaboration has benefitted both industry and academia and has led to a key tunnel engineering publication. “We now have a better understanding of the deformation mechanisms that occur in cast iron tunnels,” he says.

By testing the system in six locations, including the radioactive tunnels at the CERN particle  accelerator in Geneva, Devriendt says, “the team is now confident that we can commercialise the system.” Industry partners can licence the new intellectual property.

Arup’s strong relationship with the CSIC has provided them with more than project solutions, “the CSIC has also given us access to a network of other companies” says Devriendt. Through the CSIC, Arup has forged several new collaborations, including one with Toshiba to develop an ongoing imaging-based infrastructure monitoring service.