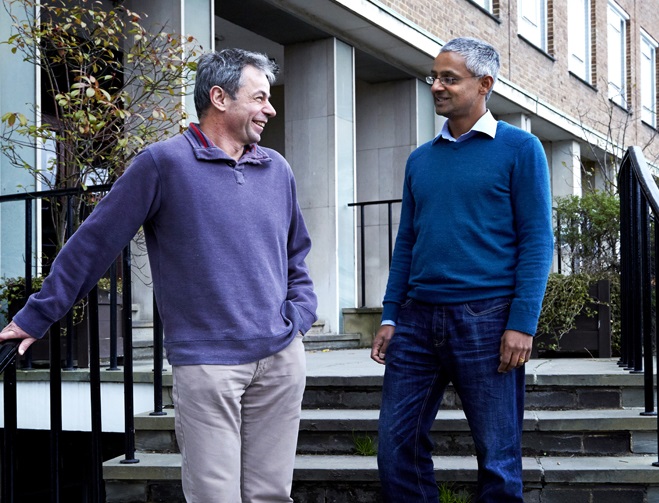 The next DNA revolution begins here

The idea that you could have your entire DNA make-up sequenced for just $1000 - and in a matter of days - was once unthinkable.

But it was a vision of what the world might become that encouraged Professor Shankar Balasubramanian and Professor David Klenerman at the University of Cambridge to develop their work on DNA towards sequencing – at a time when there was no market for human genome sequencing.

It was the late 1990s, and the seminal Human Genome Project to map out human DNA was only part way through. But the pair realised their fundamental science research could be channelled towards decoding DNA.

“The sequencing was an application which was unanticipated, it just came from thinking about these types of [science] problems”, says Professor Klenerman.

With initial funding from investment company Abingworth, they launched Solexa in 1998 to develop cheaper and faster ways of sequencing DNA than the method then available.

By 2006, Solexa launched its own commercial DNA sequencer. And in 2007, the company was bought for a formidable $600 million by Ilumina Inc.

Illumina is now approaching a value of $30 billion.

The Solexa-Illumina approach harnessed “parallel sequencing” which allows fragments of DNA to be simultaneously analysed. This has slashed the costs and time needed to sequence genomes by a million-fold, says Professor Balasubramanian.

The technology is now widely used. For example, Britain’s National Health Service (via Genomics England) is sequencing the genomes of 100,000 patients in a bid to understand disease.

Today it is “responsible for between 80 to 90% of all DNA and RNA sequenced on the planet” says Professor Balasubramanian.

But it took some convincing for investors to help a company with an end-product so far in the future. The first thing investment companies ask, he notes is “how big is the market?”.

“The market for human genome sequencing in 1998 was zero. The market today is several billion dollars and growing”, says Professor Balasubramanian.