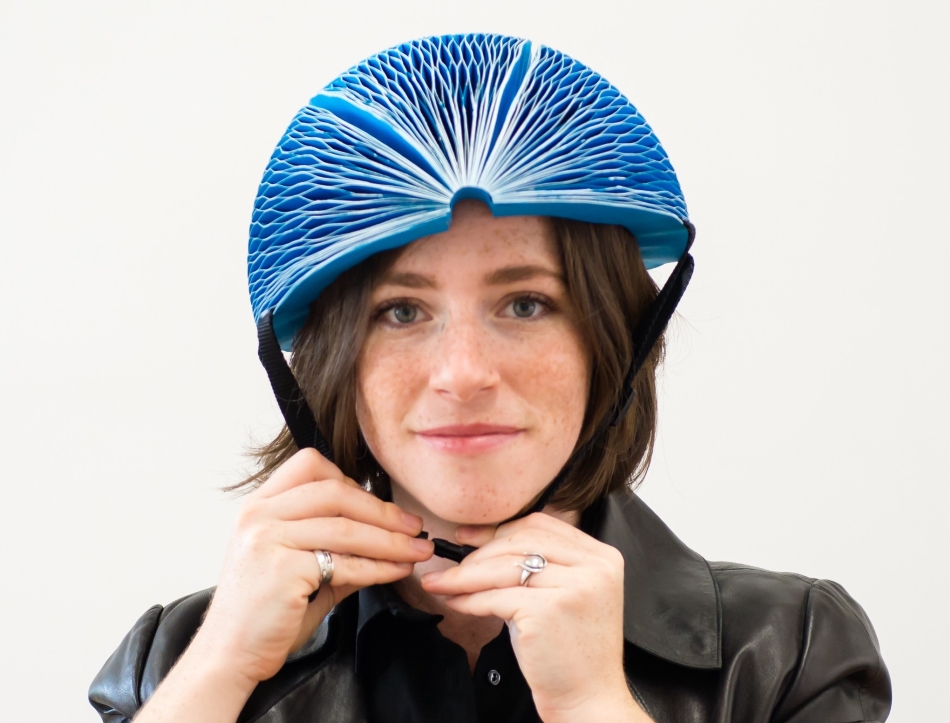 “Industrial design falls right between art and science, and a good designer can operate to an extent in both.”

I’m an industrial designer and run a studio called Spitfire Industry in Brooklyn, New York. We design everything from Dutch ovens to buses. I think it’s the most interesting job in the world.

I prefer designing things to have a direct positive impact on people’s lives. For example, our Ecohelmet is designed to cost a fraction of a regular bike helmet and fold up to the size of a banana. I hope that having a convenient, inexpensive helmet option will get more people riding bikes, which is both healthy and good for the environment.

Industrial design falls between art and science, and a good designer can do both to an extent. An average project requires that I strategise, draw, prototype, CAD, 3D print and prepare files for production. It’s important to be able to communicate well with electrical and mechanical engineers and others in the technical world. I need to have a working understanding of material science, fabrication and production so I can make myself understood and understand the feedback I receive.

I was homeschooled and got an odd 19th Century education – poetry, fencing, music, Latin – which on the surface wasn’t too practical. However, the underlying skills have proved extraordinarily useful over the years. I struggled with maths and chemistry and would cram for tests then forget everything, but loved languages, literature and natural sciences. Wanting to be a sculptor, I got my Bachelor of Fine Arts at the Pennsylvania Academy of the Fine Arts/UPenn. One changes a great deal between 18 and 22, and I knew when I graduated that I was not going to be an artist. It took me a while to realise that instead of a regrettable waste of time, the aesthetic and 3D skills I learned in art school laid a wonderful foundation for a design career. Later I got a Masters of Industrial Design at Pratt Institute in Brooklyn, with a year abroad in Tokyo and London.

After university I spent three years as a metalworker building bicycles. I learned about materials, production and how exciting it is to create a functional, beautiful thing. Everyone interested in design should work in a workshop, at least for a little while.

It’s important to see design as solving problems rather than just creating physical things. Solutions can be physical or digital, and we need to constantly absorb new ideas, software and skills in addition to a strong aesthetic foundation.