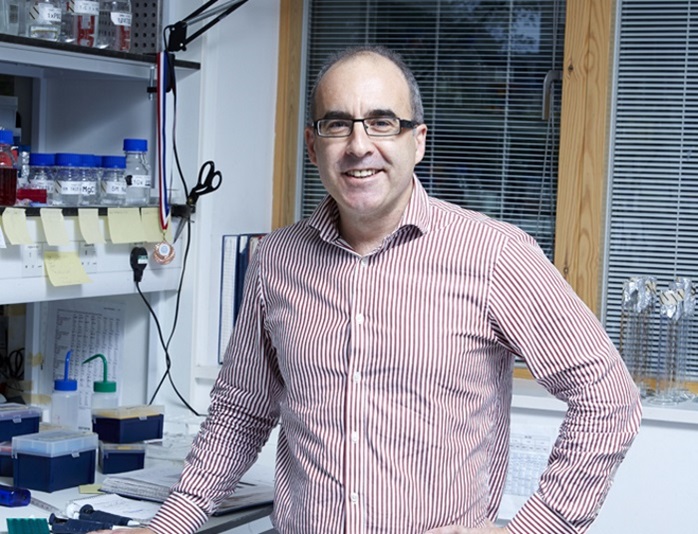 Transforming lives by a new class of cancer drugs

The drug Lynparza (olaparib) by Astra Zeneca recently received approval in Europe and the USA, and has the potential to transform the lives of tens, possibly hundreds of thousands of patients.

But its origins go back to a small biotechnology start-up company launched by Professor Steve Jackson in 1997.

He founded KuDOS Pharmaceuticals on the back on a serendipitous observation he made in the early 1990s, just after setting up his lab at the University of Cambridge.

In a “sideline” experiment he noticed that a particular enzyme was switched on by the presence of broken DNA. “For me that was a Eureka moment”, he says.

Professor Jackson realised that the molecule was involved in repairing damaged DNA, and could therefore potentially be a drug target. With backing from his university and “seed money” from Cancer Research Technology, he developed the idea, getting funding from venture capitalists in 1999. At its peak in 2006 KuDOS employed 75 people and was sold to Astra Zeneca for $210 million.

Astra Zeneca has taken three KuDOS drugs into clinical trials involving over 1,000 patients so far. The most advanced of these drugs, Lynparza, has just been approved for serious ovarian cancer, but ongoing trials could also lead to it being approved for several other cancer types. This drug is the first on the market that works by blocking the DNA repair enzyme “PARP”, killing certain cancer cells but not the normal cells of the patient.

Professor Jackson launched another anti-cancer company, MISSION Therapeutics, in 2010, which has so far raised £27 million.

He advises entrepreneurial scientists to hire the best people and seek advice. He also emphasises how much hard work is involved in setting up a company and how the sheer amount of time needed was a big challenge for him.

But if scientists feel they have the energy to do this, he urges: “Then go for it because it can be an exciting and highly motivating experience… and hopefully will make the world a better place”.