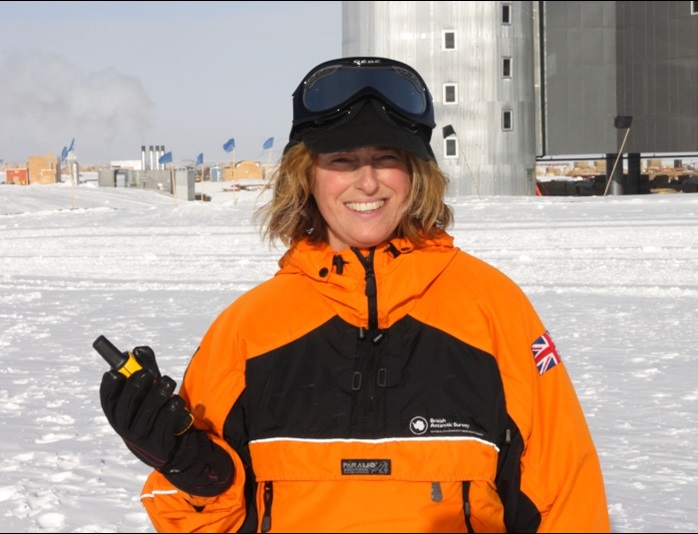 Who will save us from space storms?

Severe space weather, caused by geomagnetic disturbances in Earth’s upper atmosphere, is one of the highest priority natural hazards affecting many critical national infrastructures from transportation and communication to electricity and defence. According to a recent report by Lloyd’s, the total economic cost of an extended power outage for a major solar storm in North America could be as much as $2.6 trillion.

Professor Mitchell’s research in data assimilation and tomography is helping to understand what causes solar storms and how to forecast space weather. The unique 4D algorithms she has developed (collectively known as MIDAS, Multi-Instrument Data Analysis Systems) ingest satellite and ground-based data to provide accurate, real-time information about space weather events and their impact on satellite systems like GPS. Professor Mitchell’s team build and operate their own equipment to provide data for MIDAS at sites as remote as Antarctica.

The integration of such powerful software with other public information systems and commercial hardware is becoming a reality. A £4.6 million investment by the UK government is being used to equip the Met Office with the capability to provide space weather forecasts and other critical information, using the ionosphere algorithms within MIDAS.

The data, algorithms, and space weather scenarios generated by MIDAS have also contributed a new space-weather feature to a GPS hardware simulator by global leader Spirent. MIDAS has also contributed to the successful development of Interference Detection Monitors by Chronos Technology, a UK SME specialising in GPS products and services. This new device is now part of the SENTINEL system, which enables the protection of critical national infrastructure from GPS interference.

There is a strong commercial push worldwide to use cheap and robust GPS systems in a global space economy that reached $330 billion in 2014. Professor Mitchell is working with colleagues on a sophisticated, physics-based model to help the global satellite and communications industry forecast space-weather effects. Existing technologies can only do this up to two hours in advance, which Professor Mitchell’s team hopes to increase to 12 hours and hence provide an early warning system. Many commercial companies requiring high accuracy positioning and reliable long-distance communication systems will no doubt be keen to take up the new technology.