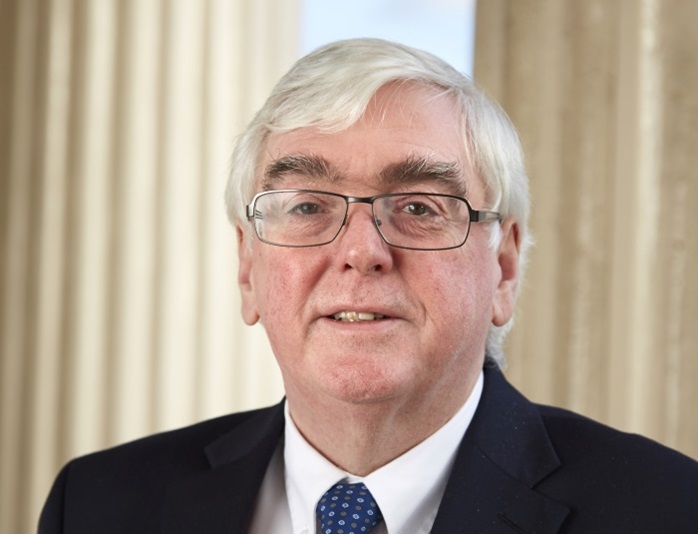 Better and sharper colour TVs with cheaper longer-lasting displays is one thing that Professor Paul O’Brien believes work on quantum dots will lead to.

Quantum dots are small particles of semiconductors, which have unique properties due to their small size; they are composed of a few thousand atoms. Small alterations in size lead the dots to emit different colours of light. They are also highly efficient – emitting 80 to >90% of the light put into them.

Quantum dots are currently used as markers in biomedical diagnostic kits and some liquid crystal TV displays, but they may one day offer a revolution in flat screen technology and may also be used in solar cells and anti-counterfeiting markers.

Professor O’Brien, a Fellow of the Royal Society (FRS), had worked in inorganic chemistry since the 1980s. In 1996, whilst at Imperial College London, he and his student Tito Trindade discovered a simple method to make large quantities of quantum dots, which eliminated the need for hazardous chemicals. It also allowed dots of defined sizes to be made. “We thought that the method might actually have value”, he says.

Nanoco the company he founded with colleague Dr Nigel Pickett whilst at the University of Manchester, is now valued at approximately £250 million. The company has generated a revenue of £11 million in the last few years and has offices in the UK, USA and Japan, employing about 95 people.

Nanoco partnered with Dow Chemicals in 2013 and they are building the world’s first large-scale plant to produce cadmium-free quantum dots in South Korea. Its first TVs using the technology may be produced by the end of 2015.

Nanoco’s success was built on tenacity. The biggest challenge was in the early stages in “raising the money to continue doing the work while still doing the day job”, says Professor O’Brien.

After two years, the funding started to flow, “and then the rest just kind of snowballed”, he says.

Professor O’Brien says getting advice from trusted friends and experienced colleagues is critical in getting enterprises off the ground. “Because the biggest fault that scientists have, and academics in particular, is thinking that every idea they have is brilliant and worth millions and millions of pounds. And very, very few are”.