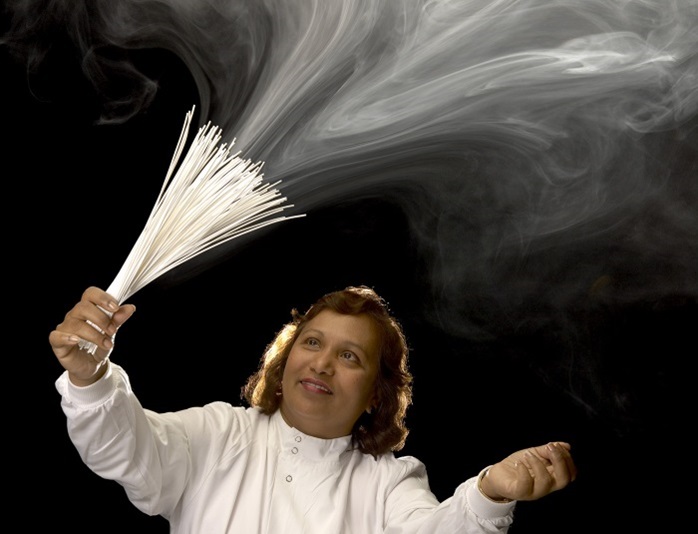 After scooping the £185,000 prize in 2007, she and colleagues at the University of Bath developed their technology for the marketplace, launching nano-porous solutions limited (n-psl) in July that year.

The tubes consist of adsorbent crystals with tiny pores to trap molecules of a specific gas or vapour. Currently used in transport and healthcare, they have many other potential applications from aerospace to food and beverage industries.

One major application may be environmental: to remove pollutants like carbon dioxide from waste emissions, and then potentially recycle valuable resources back into the production process.

The design and heating system of the tubes means these novel fibres need half the energy of conventional filter systems. One estimate, in 2008, suggests the technology could save over four million tonnes of carbon dioxide from being emitted by the UK by 2050.

Currently growing at a fast pace, the company hopes to increase its staff from 35 to 100 by 2018, and to achieve a turnover of £20 million.

After its initial huge boost from the Brian Mercer award, Dr Perera’s enterprise received a further £2 million between 2007 and 2010 from backers including the Royal Society’s Enterprise Fund which gave £500,000.

“Recognition by other scientists… really helped to boost the technology and n-psl”, she says of the award. “The Enterprise Fund helped enormously as well to maintain the momentum of the company”.

She advises that scientists wanting to commercialise their research must be at the right stage. “The research has to be mature enough, and you’ve got to understand your technology really well – otherwise there are a lot more hurdles to overcome”.

She adds that one in ten spin-off companies do not succeed in gaining a market share. “There are many challenges: working alongside CEOs, talking to customers, selling your technology – you really have to be passionate and really want to do it otherwise you won’t succeed”.