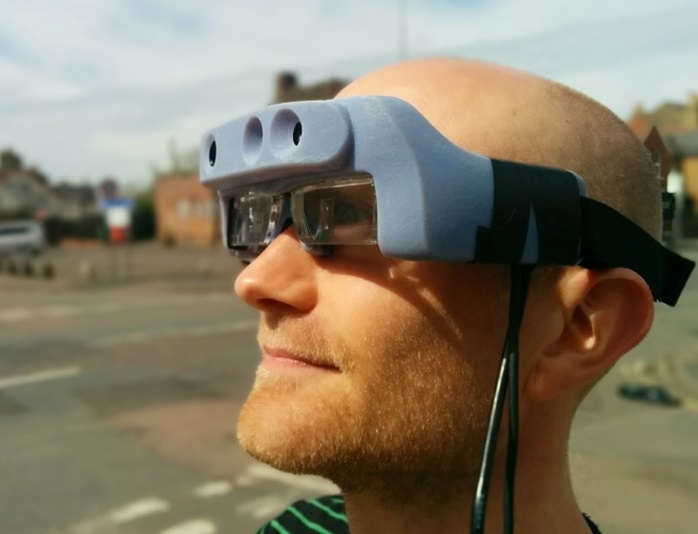 Sometimes it’s the combination of two very different fields of science that leads to successful commercialisation. Dr Hicks is a clinical specialist on the neuroscience of vision who collaborates with Oxford Eye Hospital, to research how much sight people have and ways to increase it, including through using wearable devices. Professor Torr is an expert in computer vision and learning – how to make computers recognise what they see. Looking to apply his research to help the partially sighted, he found Dr Hicks through a simple internet search for experts in the area.

The potential in combining their expertise to create intelligent wearables to increase what partially sighted people can see was evident from the start. Dr Hicks notes: “As researchers you always say ‘We should join forces and do some work together’, so it’s great when someone actually funds that.”

Through Dr Hicks’ Brian Mercer Award for Innovation and Professor Torr’s Wolfson Research Merit Award, they developed a ‘smart specs’ prototype: a 3D camera and Android powered computer program that enhances the visibility of nearby objects. Software hides the background and highlights edges and features to make objects easier to see. Many of these features work in darkness and the video can be paused or zoomed to provide greater detail.

360,000 people in the UK are registered as blind or partially sighted. Trials have shown that the smart specs work for 30% of those. But Professor Torr and Dr Hicks understand well that they are addressing a global problem and have the opportunity to help many of the estimated 285 million visually impaired people in the world.

No larger company did anything comparable, so they founded Oxford University spinout company VA-ST to commercialise the smart specs. The company has global ambitions, with China, the US and northern Europe planned as target markets. Mindful of the need for continuous development, Dr Hicks explains the way forward:

“The plan is to build several successive models that become smaller, more powerful and less expensive. The system we have right now works very well. If, however, it turns out to be too unwieldy, we’ll do some more engineering, but right now we have a fully functional product.”

An application to the Google impact challenge in 2014 won £0.5 million to test prototypes developed during the Brian Mercer award in everyday use. The company has also raised £2 million from a private investor in China, and will officially launch worldwide in early 2016.